Keep It and Notebooks 10.

Interesting.
Are you accessing the formatted note in DEVONthink To Go via Files.app?

No, not using Files.app. And I stand corrected on one point, the document was created in DEVONthink to Go, not DEVONthink macOS. Here’s where I first reported this, same document, 11 months ago. Document too large?

So, is this dead once again?

Seriously? You asked me the same question nearly a year ago. I gave you an answer and that was the end of it. Now it comes up again from another user and you try to diffuse it by saying it’s not apples to apples. I again point out that, in an apples to apples comparison, there are other apps that can do this. And your response is to ignore me.

I just don’t get it-you can like a post from one user that some might consider insulting or gaslighting, (and I would have though previous events from this fall would have informed your thinking about liking controversial social media topics) but you choose to ignore me?

You could simply answer « these apps manage to circumvent the size limitation, how come DTTG doesn’t? » instead of getting angry. Your original question is frankly not entirely clear.

I am however wondering the same thing, @bluefrog

I have not “chosen to ignore you”. I asked questions to gather information about what applications behave differently. I’m not sure what more you’d expect me say as I certainly can’t say “Since those other apps seem to work, of course we’ll have that fixed up right away.” I don’t speak for or set priorities for Development. I gather info inform them. They are aware of the situation. That’s all.

It seems that DT on the desktop and DTTG behave entirely different when one creates a formatted note with an image. I tried with one of my own photos, about 6 MB originally.

First, even for base 64 encoding, 54 MB is at least an order of magnitude too large (Wikipedia talks about 37% size increase by base 64, that’d mean about 8 MB) Second, DT on the desktop seems to scale the image down. Otherwise, it couldn’t squeeze a 6 MB image into a 393 KB note.
I tried opening it in Safari on the iPhone - no success (no error either, it just didn’t load). But, lo and behold, KeepIt did open and display it. Amazing, given that they should be using the same Webkit engine as Safari. Or do they do something behind the scenes with the HTML?
Apparently, DTTG does something weird and different from DT/desktop. Whereas the latter does also something … interesting. I didn’t find any hint in the documentation about downsizing images in formatted notes (but didn’t look thoroughly - I just noticed the warning about images getting bigger when embedding them in notes).
So a workaround might be to create those notes on the desktop. And keep the conversation light and polite.
The “apples to apples” remark still holds: If you create a note in KeepIt on the desktop, it saves it as a folder containing the HTML and the image. So the HTML just uses a link to the image, which of course requires less space then embedding the image itself as base 64 encoded string into the HTML.

At this moment I do not use DTTG for content creation. I would like to see ‘better’ ways to create rich-content in DTTG.

Camera’s are producing large high quality pictures. Scaling the images on insertion would be a nice feature to get in future updates. I do use a Shortcut to resize an image and copy it to the clipboard. Unfortunately you can only insert images in DEVONthink from the photo library and are unable to past from the clipboard as far as I could figure out.

Most of the time I create a Note in, for example, Bear and export that as PDF to DEVONthink for future reference.

Was this a photo taken with the iOS device?

Was this a photo taken with the iOS device?

Sadly, I really feel like currently Devonthink is one of the great Mac apps that has yet to “successfully” make a transition to mobile as well.

For what it is worth, I am looking forward to DTTG 3.0. I think the criticism seems a bit harsh. Although I think a little more communication would help.

I use the current version of DTTG to capture a variety of material, particularly when I am researching stuff on the web. I have also found that Notebooks10 works well with DevonThink Pro (because of its excellent connectivity) and can co-exist with DTTG.

So, whilst DTTG 3.0 will be a big benefit I would see it as continuing to fit within a broader workflow. These days the great thing is to craft your own workflow from a number of favourite applications…

I agree wholeheartedly with that - a totally flexible, individual approach making the best of a number of worlds

I agree wholeheartedly with that - a totally flexible, individual approach making the best of a number of worlds

I second that concept. I’ve run up against the large size photo issue with a number of apps in my iPadOS environment. So, as far as embedded photos from iDevices go, I use- 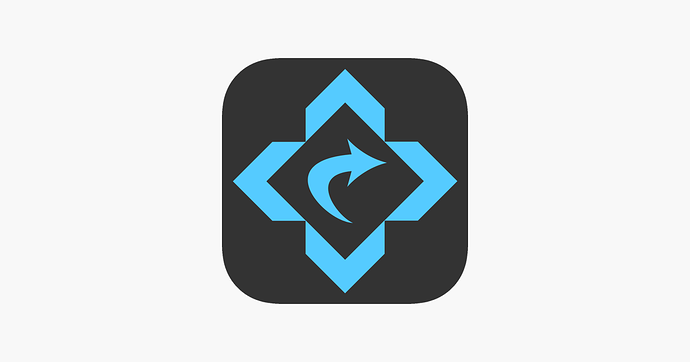 ‎This app allows you to resize an image to whatever size you like (with limitation), quickly and easily. You can specify the output format using one of the following four units of measurement: pixels, millimeters, centimeters, inches To preserve...


I’m NOT the developer, just a happy user. Choose the parameters that work best for me, app saves the parameters, from there it’s an in-and-out process from Camera Roll > back into Camera Roll and on to whatever document/app I’m working with. YMMV!
wernervp December 23, 2020, 12:15pm #27

Resizing images on iOS is easily done using a Shortcut. There is a shortcut available in the Shortcuts Gallery, but it is intended for Evernote, but can easily be modified to save your image in a “Resized” Gallery in Photo’s.

Also many examples are available online: 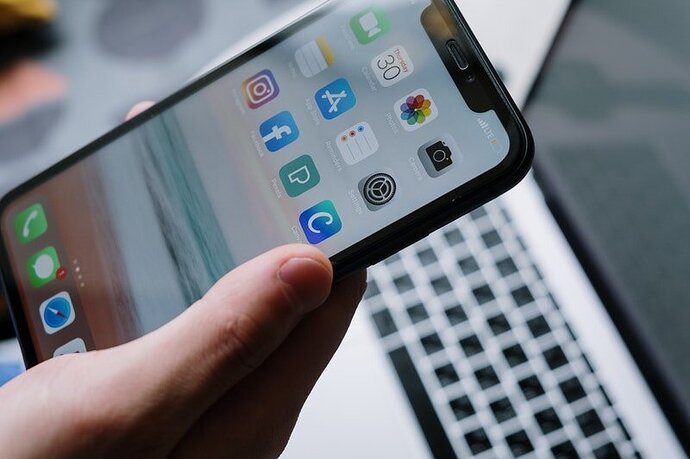 Here’s how to create a shortcut on your iPhone or iPad that can batch resize your images. 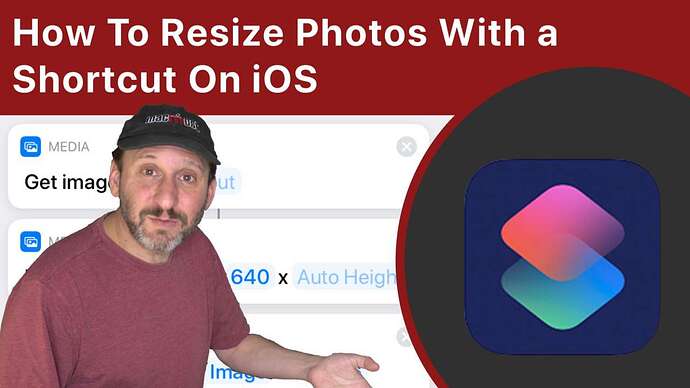 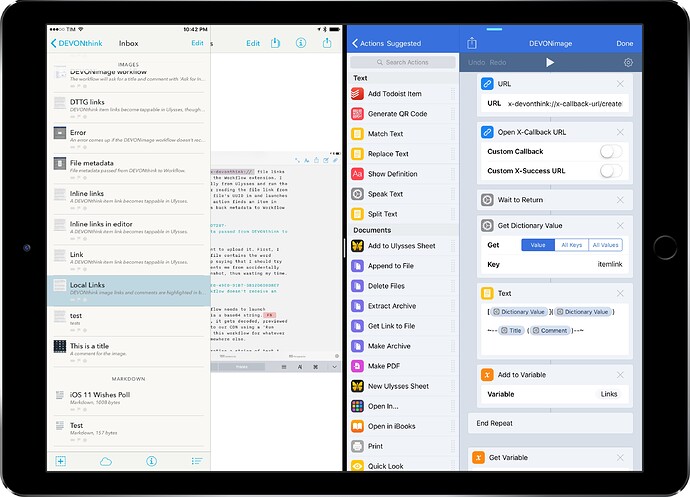 iPad Diaries is a regular series about using the iPad as a primary computer. You can find more installments here and subscribe to the dedicated RSS feed. When I covered DEVONthink To Go in the first iPad Diaries column back in February, I briefly...

But why do they have to be resized?