I know that I can assign keyboard shortcuts via System Preferences, and those often even work as expected (maybe OS X is better now than it was).

However, I would love to see the ability to remove existing shortcuts so that I can assign them to the menu commands of my choosing. On that eventual day when I want to import an entire mailbox (normally I just drag individual emails to the sorter), I will not recall the menu shortcut - I simply do not use that feature enough to memorize a shortcut. However, to me, “⌃⌥⌘M” makes the best sense for a new Markdown note (so similar to “⌃⌥⌘N” for a new plain-text note) which I do use frequently.

BBEdit has the best implementation of this feature that I’ve seen (BBEdit also allows you to hide menu items and entire menus, which I am not specifically requesting here). 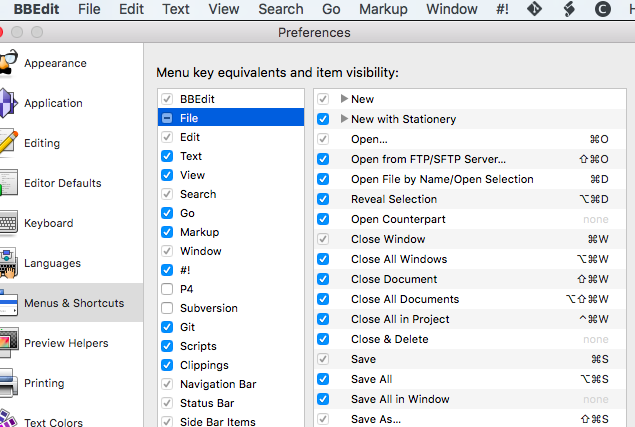 .
I use Keyboard Maestro (KM) to modify built-in shortcuts in DTPO (and create new shortcuts, too).
Works smoothly.

KM seems to over-ride hard-coded shortcuts in other apps (including Finder).
It looks like KM “gets there first”.
So, it is easy to specify shortcuts in KM, without needing to remove/change shortcuts in an app.

I’m not certain if this always applies; have not tested it thoroughly.
.

.
This topic caught my interest, so tried it just now.
Works smoothly in KeyBoard Maestro.

Below is the KM macro: 1 step.
Less than 2 minutes to create and test. 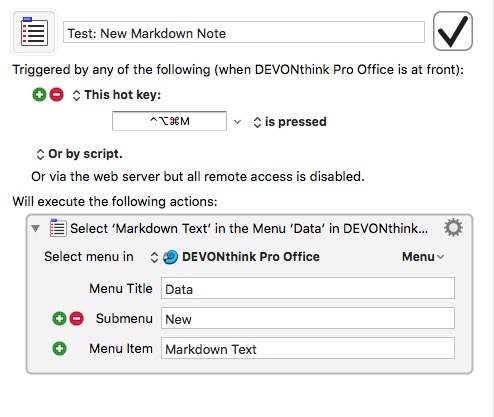