Perhaps I am totally misunderstanding something. When first starting DTTG, the first item is “Global Inbox”. After setting up synchronization, the inbox disappears, and instead is replaced by “Your Documents”. I can’t navigate to the Inbox again, no matter what I try.

Additionally, when I sync the items that should be in the global inbox do not seem to synchronize to my Mac.

This is what the Home screen should look like (on the iPhone) after a sync, with ‘Personal’ and ‘Technology’ that I am syncing being replaced by whatever databases you are syncing. I cannot imagine why you are seeing ‘Your Documents’-can you upload a screen shot?

Here is iphone and iPad screenshot, both doing same thing. 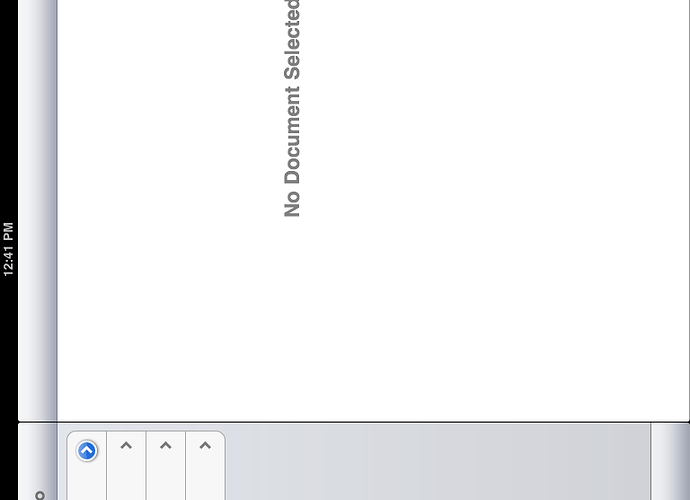 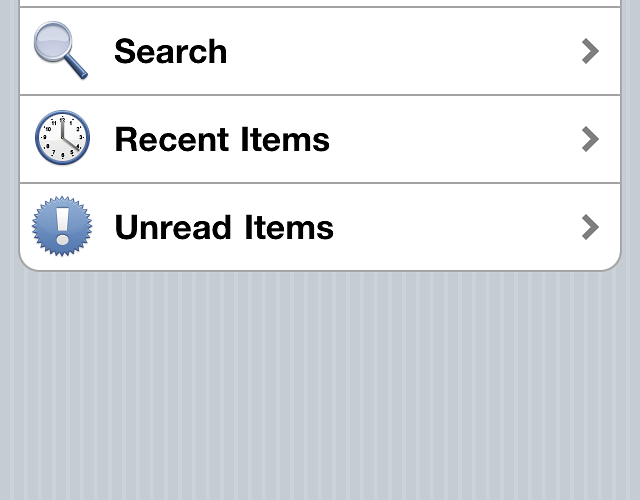 That is really strange. I would go into the Settings app, reset the database, and start again. For the first sync, select only the Global Inbox to sync and see what happens.

What do you mean by selecting only the global inbox to sync? How do I choose what to sync in the iPhone/iPadd app?

I simply reinstalled the app, imported one document on iPad to verify it goes into global inbox, set up to synchronize with my Mac, and after first sync this is what happens. On both devices.

PS> As an aside, retina display screenshots are HUGE…

Running the reset routine may be more effective that deleting the app, plus it’s easier to do.

How did you import a document into DEVONthink To Go without syncing?

Which edition of DEVONthink are you using (Pro, Pro Office, etc.)

I also just noticed for the first time that you are trying this on a 4.2 beta of the iPad iOS. I don’t know if that configuration has been tested with DEVONthink To Go yet.

What do you mean by selecting only the global inbox to sync? How do I choose what to sync in the iPhone/iPadd app?

When you initiate a sync, click on the Mac you wish to sync with, you should get a screen like the one below, with each of your open databases in the list to choose from.

Global Inbox doesn’t show as an option. Just “My DEVON Library” which is the name of my database.

Are you using DEVONthink Personal or DEVONnote? That would explain the lack of a Global Inbox and the option to select databases to sync.

If that’s the case, I’m at a loss as to what you might try next, other than open a report in the Ticket System. I have no experience testing DEVONthink To Go with anything other than Pro Office.

So, does this mean that the inbox functionality is totally broken with DEVONthink Personal?

Yes, yours is a curious scenario that I don’t think anyone anticipated. Sounds like adding documents to a Global Inbox, then syncing the device to an edition of DEVONthink that doesn’t support a Global Inbox, results in some orphaned documents.

I will add this to the FAQ.