Groups collapse when dragging a file between windows

Take two windows, A and B, both with View set to List and Preview set to Widescreen. Each is expanded a few levels down. If I take a nested file and drag it from A to a nested place in B, all the groups in B collapse. Sometimes, all the ones in A collapse.

Is this a feature? If so, can I turn it off? Sometimes I am working inside a nested place and this collapsing makes me lose my place. (A and B are windows into the same database.)

Try uncheck this in preference?

Thanks for the reply. Still, when I drag a file from one window to another, everything (usually in the source window) collapses. It happens 90% of the time. When it does, it’s 60% source collapse and 40% destination collapse. Very strange.

UPDATE: Merely DELETING a file inside a group with many items will sometimes collapse that group.

You might consider sending a support ticket to DT or wait for DT to response here.

Thanks for the reply. Still, when I drag a file from one window to another, everything (usually in the source window) collapses. It happens 90% of the time. When it does, it’s 60% source collapse and 40% destination collapse. Very strange.

A screenshot of the window before/after drag & drop would be great, thanks.

OK. This pair of screenshots shows a collapse in the FROM window.

Thanks for the screenshots! Does this always happen? So far I couldn’t reproduce this. In case that you need the second window only for moving, then you could also use e.g. the Sorter or the Go > Go To… popover which can be detached.

It happens most of the time—about 60%. Just now, it happened when I dragged a mere Safari bookmark (from the hover-activated (+) in the address field at the top of a Safari window). I dragged the link into a folder 3 levels down (exposed) and then all folders collapsed to the root level.

I still can’t reproduce. Did you create and/or expand the groups right before drag & drop? Which macOS version do you use?

In this instance, I did not expand or create right before. The total auto-collapsing happens with both old and new creatings and expandings.

If you’re computer is compatible to Mojave, then I would definitely recommend upgrading (e.g. the PDFKit is much better on Mojave).

I’m seeing the same behaviour. Each window is looking at different subfolders of the same database.

I’m running the latest DT3.0.1 and Catalina 10.15.1. I had about eight windows open before. I closed all but two of them and then restarted DT3. No difference. Restart my mac didn’t help either.

I just tested the same behaviour on my other computer, a MacBook Air. And it doesn’t display this behaviour. The display of trees of sub-groups in each window stay as they were before the move or replication.

When I drag to move the item between windows, both windows change their focus to match the destination window’s group with all of the sub-groups folded up.

Screenshots of the windows before/after drag & drop might be useful. In addition, is the option to automatically expand the sidebar (see Preferences > General > Sidebar) identical on both computers?

Regarding the sidebar preferences, it was selected on both. I deselected it on the desktop where I was having the issue. It appeared to have no affect on the problem. It is still selected on the laptop which has no issue.

Thank you for the screenshots, the next release will fix this.

This problem is now and has been happening to me with various frequency since switching over to DT3—though I notice it not when I drag files between windows, but when I click on a subgroup to focus just on its contents and then return to the main tree. Before this month, it seemed to occur irregularly and relatively infrequently, but now it is happening every time that do this action. 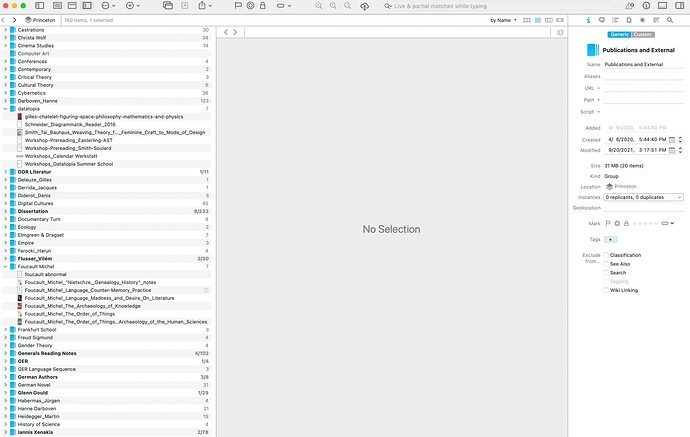 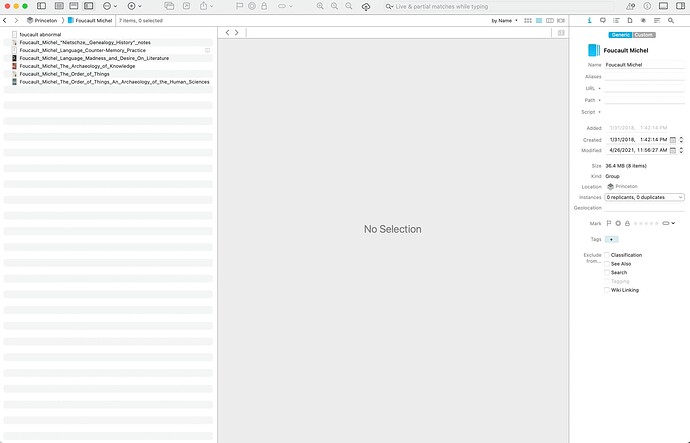 3: Use back arrow to navigate back to main tree, all folders collapsed 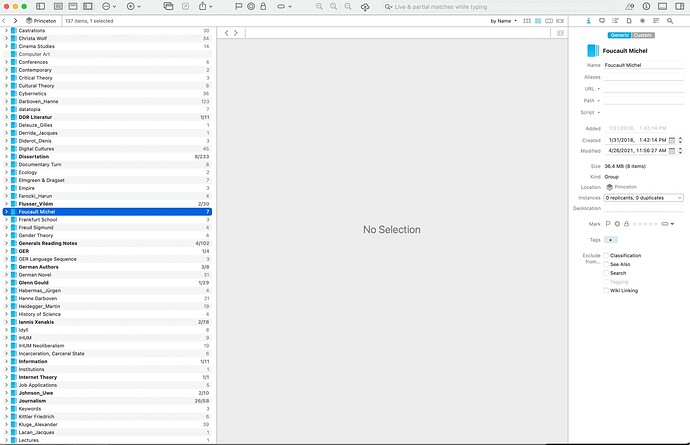 Before this month, it seemed to occur irregularly and relatively infrequently, but now it is happening every time that do this action.

Did you change any settings lately or install macOS updates?

I updated to macOS 11.6—could that be an issue?