I don’t annotate with pencil much (ever) but I had a challenging document to proof, and I thought scribbling on it would be easier. This worked fine on DTTG, but when I view the file in DTP the pencil layer is different: it seems to both have opacity and extra pencil marks. (To be clear, this is the same file, and the two apps are synced.) It’s not a problem today because I have to type up my notes anyway and these scribbles were only for me, but I thought I’d flag as it is potentially a problem for others. Two screengrabs, iPad (correct) on left and Mac (incorrect) on right: 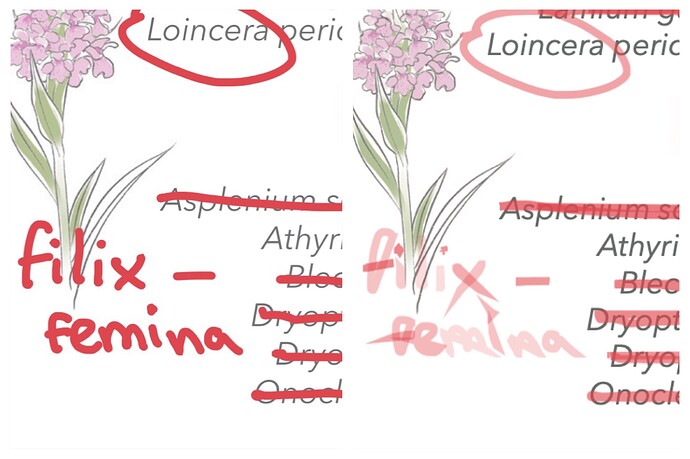 This is a known & different issue which will be fixed by the next release.

Shouldn’t that be Lonicera instead of Loincera?

hehe yep that’s why I’ve circled it for the designer. Autocorrect is a pain with scientific names!