After executing the command “See also & classify” I would like to create a list with the name of the files that were suggested by DT.

For example, the list suggested 10 files, I would like to inform the name of these files to a friend and it would be very good if I could just copy and paste the text with the list of suggested file names. 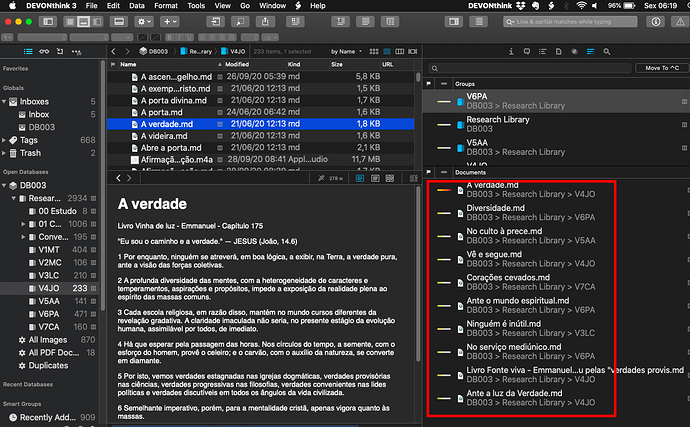 Select the results, then choose Copy Item Link and paste the clipboard e.g. into a rich text document in TextEdit.

Is it possible, just copy the title name of each one on the list? 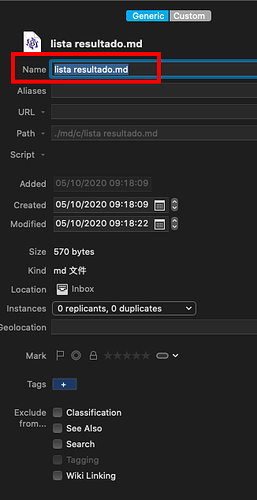 This isn’t possible. The only workaround is to paste the item links into a rich text document and then convert it to plain text document (either in DEVONthink or TextEdit).

Is it possible, just copy the title name of each one on the list?

It’s possible via UI scripting. It’s fragile but sometimes it’s the only possible way to script.

It’s fragile but sometimes it’s the only possible way to script.

And in these cases, often it’s best to not script it at all

And in these cases, often it’s best to not script it at all

Hey! It does work reliably

There are “more ways to skin a cat” , i.e., different approaches based on personality

You don’t want @ulbrich to

You don’t want @ulbrich to

At least the last 3 steps should be scriptable without UI scripting. The main disadvantage of UI scripting is IMHO that different preferences, a different window setup (e.g. no visible sidebar) or different localizations or minor updates of the app can easily break them.

My wish is create a list that I can share with others, as a suggestion of reading. Both way should be good, but I not an expert and, I really want to do that with 2.000 files.
Is there a way to select some files and create a subroutine to do that? 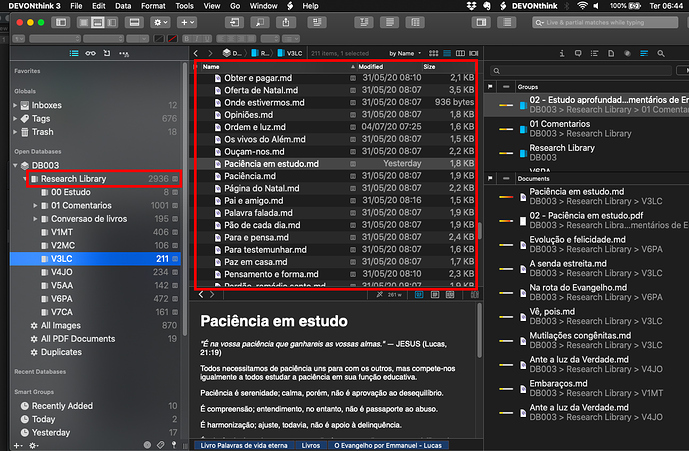 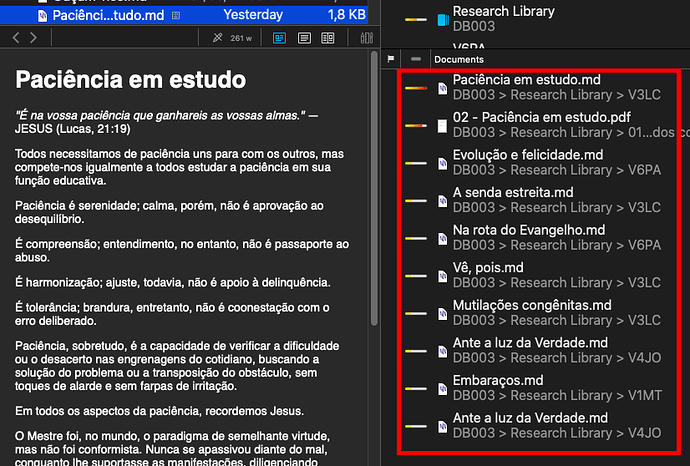 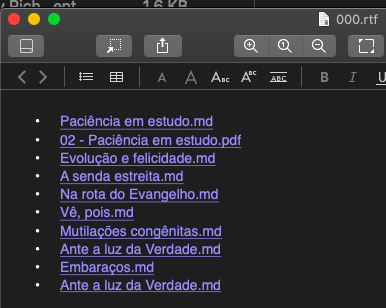 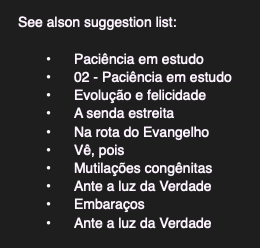 My wish is create a list that I can share with others, as a suggestion of reading. Both way should be good, but I not an expert and, I really want to do that with 2.000 files.

Do the others use DEVONthink and the same database? In that case the item links might be more useful. Or do the other users need access to the actual files?

No, I will just copy and past this list in a sample e-mail.

This is an example the way I do it. 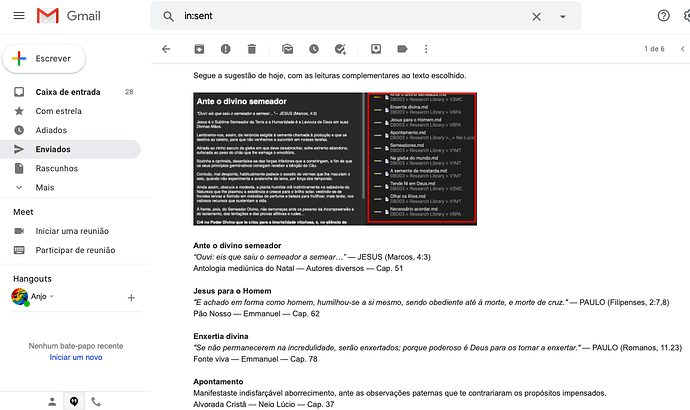 I really want to do that with 2.000 files.
Is there a way to select some files and create a subroutine to do that?

I’m pretty sure your question how to get the names from the inspector and initially not mentioning that you’re dealing with a larger number of records led everybody in this thread in the wrong direction.

Luckily you’ve mentioned it now and luckily @cgrunenberg explained to me the differences between some AppleScript commands and what I saw in the See Also inspector today.

Maybe I’m missing something obvious, which is well possible, but I think I’ve found the way I would go if I wanted to share See Also results. In fact, I’ll use them in a similar way as your idea of adding the first and last paragraph to a result’s name seems is very nice. But it’s definitely not nice to do that manually.

First off, what you want can be done with AppleScript, I think. There are two commands that could do it, which one is the right depends on your setup.

DEVONthink can compare via

I’m perfectly fine with the latter as for me it’s more important to compare to all databases.

See this diff, on the left See Also results, on the right compare content results

Trying to compare record to a given database

My wish is create a list that I can share with others, as a suggestion of reading.

This is an example the way I do it.

If it’s not important for you to share exactly the results of the See Also inspector then you could do everything with the script below, it

From your captures it seems that you’re mainly using markdown which should work fine. I did however not had the time to longer test it with PDFs. From short tests it seems it doesn’t make much sense to “blindly” fetch PDF paragraphs. So I suggest, if you test it, to set property maxCharacterCount so low that it won’t exclude e.g. your markdown records but most PDFs. Links to them are always created, only their paragraphs would in the output markdown be replaced by a placeholder. Anyway there are comments.

Before I write on and on, let’s do it the other way round. Give it a try and afterwards I’ll tell you some things that possibly should be considered if you want to use it

@ulbrich If including first and last paragraph automatically doesn’t make sense with the current script because not all your your markdown records have the same structure I could add a list of text that will be skipped. In any case you could use it to get a list of the names and add the paragraphs manually which still makes the whole thing easier than your current way

@cgrunenberg, do you think should be possible to do the following?

So if I select a file text1.md and I want the See&Also results of that, I wish a script that creates a new file calls text1-seealso.md, that contents the following text:

For text1.md the final results (in the actual database) of see also are: 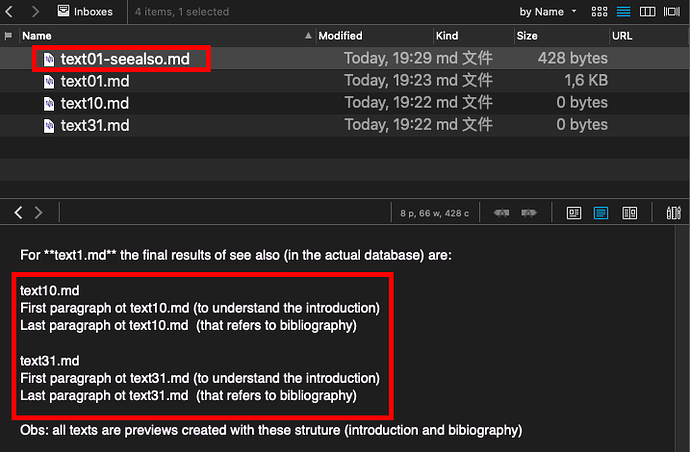 As a final wish I would like to repeat it for all 2.000 MD files that I have in a select group.

What if the See Also results are not Markdown files?

do you think should be possible to do the following?

@ulbrich The script I posted yesterday will do almost exactly what you want.

Have you tried it?

Does it not work for you?

My suggestion is that:

If all results is a markdown file, then create a text01-seealso.md that contents:
a) list of file name results
b) include first paragraph
c) include last paragraph

If the results show different kind of files, then create a text91-seealso.md with:
a) just a list with the file name results

@bluefrog I think that it is important to keep in mind what you want to do with these results.

I will give you an example. I really want to study in deep these 2000 files. These are articles familiar to people with the same background that I (in a community, that appreciates to discuss, religion, politic, literature, etc).

BUT, not all of then would like to read everything. Maybe you find a person that suggest to you: read this text, it is pretty good (e.g. Pacience in study). I have already this text, and I want to provide I quick list a SEE&ALSO results that indicates some topics that are connect with my friend suggestion.

That I can say: Hi my friend, it is very interesting, let’s read this subject together? This is a list that should be nice to have a look.

Then, both of us, can check an introduction of each text and a quick view of books that they are from.

We are talking about connection between people, interests, preferences, ideas and discussions, etc.

This is what makes me find DevonThink!

I would have to add 6 lines to this script

My suggestion is that:

If all results is a markdown file, then create a text01-seealso.md that contents:
a) list of file name results
b) include first paragraph
c) include last para-argh

If the results show different kind of files, then create a text91-seealso.md with:
a) just a list with the file name results

@pete31 to be honest, I don’t have enough background to use scripts (not yet).

I really want to try, but I do not know how to give the first step.

If you help me, with a step-by-step guide, I really want try it.

All thinks that I know from MAC applications to optimise my database I learn here, with these group. Specially with support of @BLUEFROG, @cgrunenberg, @ngan and @Bernardo_V

Topics that I really explore in deep:

I started with a book of Steven Johnson. I have been gathering this material for more than 5 years and only now can I have good results, but without the use of automation any attempt is impracticable.