How to find duplicates?

And how can I replace the duplicates automatically, because my database contains appr. 25’000 PDF files?

Thanks in advance for your support! 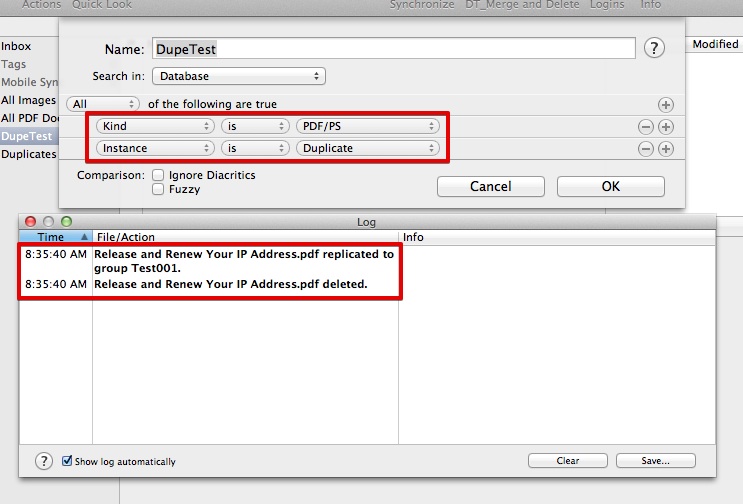 DuplicateFindAndSwitch.jpg743×504 69.7 KB
Notice the Log showing the results of the script. 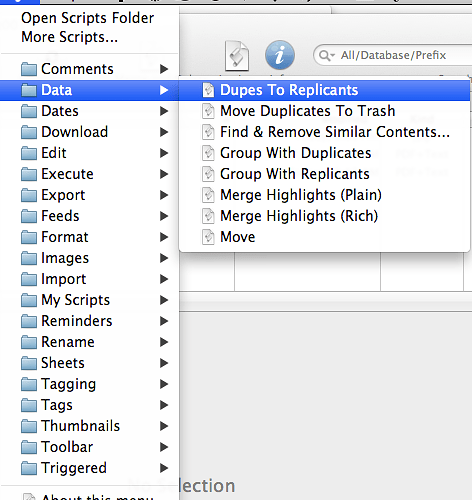 Do I understand it correctly: The script »Dupes to Replicants« moves the original file to a hidden place anywhere in the database, and in the visible groups remain only the replicants?

Do I understand it correctly: The script »Dupes to Replicants« moves the original file to a hidden place anywhere in the database, and in the visible groups remain only the replicants?

To find duplicates, or replicants for that matter, a smart group would simply display all those within the database. If you invoked a smart group that was designated to find all duplicates in the DB, and it displayed [for example] 10 duplicates >> if you used that script to convert half (5) of those duplicates to replicants, then there would only be 5 ‘remaining’ duplicates on display in the duplicate smart group, since half of them had been converted to something else (i.e. a replicant, that does not match the criteria of the smart folder, and therefore, won’t be displayed).

The smart group doesn’t move any of the files at all – it simply collects and displays the files that matches the criteria specified – it’s more of a “search” than anything. The files are where they always were, you simply use a smart-group or search to “see” them collectively.

Put differently, you would use the smart group to identify the relevant duplicates, then select them, and run the script to convert those duplicates to replicants. The original files would still be where they always were, it’s the duplicates/replicants of those files, that are being affected.