I’m trying to find the most efficient way of exporting a couple of hundred entries out of DayOne and importing them into DT3. The hurdles I’m encountering are that DayOne export to .txt places every entry into a single .txt file. I can’t figure out a way to get a .json export into DT in a compiled way (for lack of knowing the right terminology). HTML isn’t any better. I’m happy to use some intermediate program. I’m also happy to re-import photos and videos manually. But I don’t want to create hundreds of files, manipulating the dates for each one. I don’t need this to be a sync kind of solution. I’m done with DayOne for good.

Other than a helpful timeline interface, they’ve got nothing on DT. I paid for DO a few years back and I’m not about to subscribe to get video and audio (the only major difference as far as I can see) when I already own DT3 and DT2G, which can handle that. Beyond that, I can make a DT database much more secure than a DO database.

Isn’t there a PDF export option and wouldn’t that be sufficient, if so? 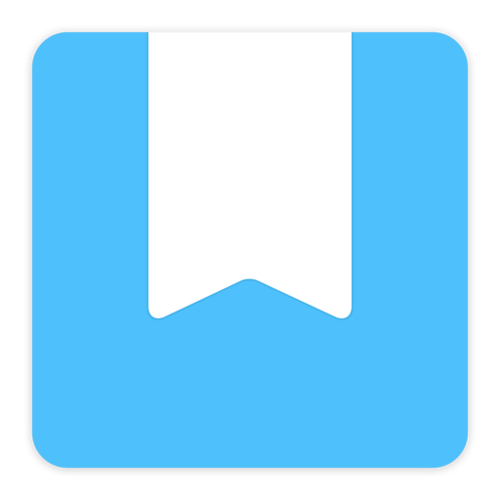 How To: Export Your Day One Entries — MyProductiveMac

As regular readers will know, I love to journal my thoughts, ideas and goals, as well as track family memories using the wonderful Mac  and iOS  app,  Day One . Having all of this information in one place that’s easy to access,...

The Bear app will import Day One files nicely, and then from there you can export to plain text files. Kind of a roundabout solution, but it works well in my experience. And, you don’t need a subscription to Bear for this. The subscription just lets you sync the notes.

@BLUEFROG, that’s a good point. I’ll resort to that if this doesn’t work. The problem with PDF is that I’ve got plenty of videos as well. Actually, there are lots of videos I haven’t put in yet because they didn’t support video when I bought the apps. They even assured me that they were working on it during pre-sales support. But of course, it took longer and I’d have to subscribe now to get that feature–a feature that my old app called CallitADay had had for 15 years before they stopped supporting it. But I digress (I can’t help it–they really ticked me off). I could do PDF for everything without video and the 20 or so with it I could just create manually.

Actually, PDF did’t work. It makes one single PDF and doesn’t title the file with anything useful.

What’s the output of the HTML export?

Well, a single file with the media in a folder.

If you import that file and folder into DEVONthink, is it useful?

It’s still a single file. I suppose I could live with just a single file, but it would be much nicer to have seperate entries with dates in the title. I’ll try using Bear and report back. I have it installed anyway.

That worked fairly well. The problem now is that the creation dates are all today, of course. This way preserves titles and gives me individual files in my choice of format, which is awesome, but I’ll need to rename all the notes to have the original date. Heck, if I could secure Bear, I’d use it without hesitation.

I don’t imagine anyone knows a tool to change creation dates in batch? It seems like a crazy request but I seem to remember something somewhere doing this. It might be Tinderbox that I’m thinking of, though.

While a good program, I would hesitate to use it with DEVONthink if you need to access the files in the internals of a database.

@TeacherBart: Is the creation date in the file somewhere?

So, I was wrong. The export from DayOne preserved the creation dates of the notes in the .json file. Bear not only parsed this .json file perfectly, but even put the media back in it’s proper place. This was all preserved in an export to seperate .rtf files. So although I can’t change the filenames in batch to the creation date, everything else is in tip top order. I certainly recommend this method for others. I may even throw Bear a bone by paying for a month to play around with it as a thank you.

@darrylmy, thanks for your idea. I did download it and try it out, but that’s where I discovered the creation dates were already correct. It doesn’t do any batch changing of filenames, which is a shame, as it does so well with the other meta data.

I imagine Bear has had Day One converts, hence the explicit import of the data.

PS: You can batch change Creation and Modification Dates as well.

This is brilliant. Thanks so much!

As a post script to this thread I’m most grateful for the discussion and contributions. I have over 15,000 individual daily diary entries in Day One and, while I shall continue using it for the foreseeable future, I was interested in the potential advantages associated with bringing the entries into DT (primarily the much better search facility, of course).

The Day One > Export as JSON > Import to Bear > Export as RTFs > Import to DevonThink route works very well and I’ve learned an awful lot about DT advanced search and tagging while sorting the results.

Thanks again to all who contributed to the thread.

There is another program, which can import JSON from DayOne and can easily export those entries again, in different formats including Rich Text with Attachments. It’s the good old MacJournal by Dan Schimpf. Find it here

I did it all, should it look like this? 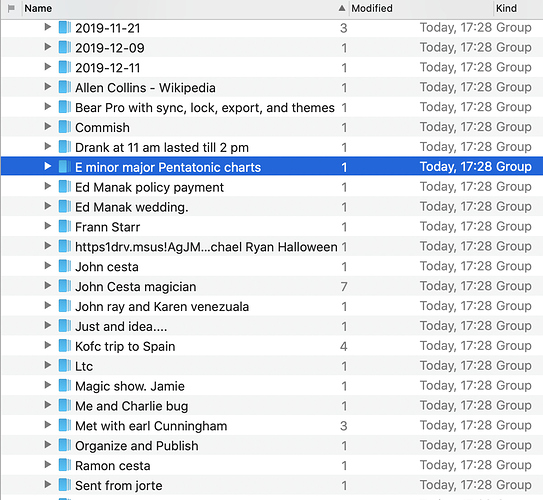