Using the share sheet, I “sent” a markdown document from Drafts to DTP 3, but I can’t edit it in DTP 3 because it is marked “read only.”

Did I do something wrong? How can I undo the read-only status?

Are you referring to Drafts on a Mac?

Are other Markdown items in the same database also marked as read-only? And was the item imported or indexed?

When I share a document from Drafts, it invokes the Take Note function in the Sorter. This requires saving the file to specific location. After saving the file, I’m seeing no issue.

I’m experiencing a similar situation. Used the Take Note function from the sorter, saved as markdown, into a specific group within a database. I wanted to make an edit after it was there and discovered it’s read only. I can open externally (Cmd-Shift-O thanks Bluefrog saw that tip in another thread) and edit externally but not within DT. I don’t see any way to change it to read write in DT3, nor why it was inserted that way in the first place. I just cycled through testing all 4 format options - plain text, rich text, and formatted note all go in and are editable. Only markdown goes in as read only.

Please post a screen capture showing the Markdown document as read-only. Thanks.

Do you have the markdown document in the source (edit) view or the preview view? 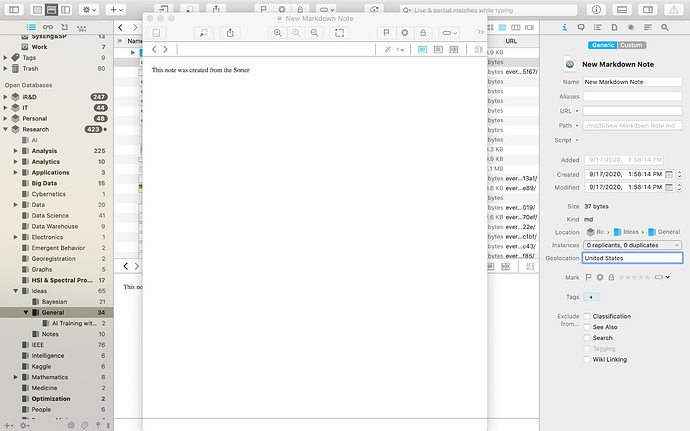 That is in Source mode, i.e., the rendered view.

That is in Source mode, i.e., the rendered view.

Isn’t the rendered view the preview, and the source view is the edit mode?