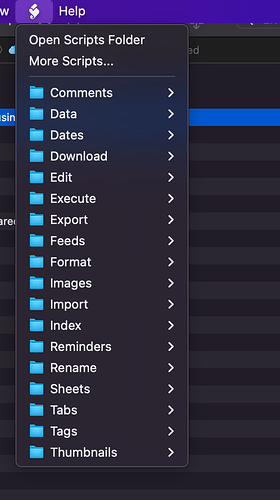 What is “tactic” and where do I see that in your screenshots? And did you allow Apple to move files from your desktop/machine automagically to iCloud?

In addition to @chrillek’s questions, DEVONthink won’t delete file, ever, unless instructed by you. But Apple’s iCloud will delete files if you chose to “optimise Mac Storage”.

Why are you showing the Script menu?

I experienced a similar situation when indexing iCloud Drive. Some folders were indexed, some were moved, and some folders showed up in DT twice (indexed version and imported version). I chalked it up to the odd way that Apple implements iCloud Drive, as it’s for file storage, app data storage, syncing …. It’s very convoluted and quirky in my experience. This weirdness is compounded if you have iCloud set to “Optimize Mac Storage”. In my case, I moved the folders that were MOVED to DT back to iCloud Drive, got rid of duplicates in DT, and now my iCloud index in DT only includes folders I manually created, nothing else. It was a bit messy to set up but is working as expected now. Given my experience, I don’t think it’s a good idea to index an entire iCloud Drive at once. At least I wouldn’t do it again or recommend it. I think the best way to go is to only index those specific folders that you really need to have indexed.

I don’t think it’s a good idea to index an entire iCloud Drive at once. At least I wouldn’t do it again or recommend it.

I generally agree with this.

I think the best way to go is to only index those specific folders that you really need to have indexed.

This is something we have always advocated with indexing. It’s also important to be judicious in Importing as well

Sorry, that was a typo “intact.” No, I did not allow Apple to move my files from my desktop automagically to iCloud.

Thanks for the reply and info. I did not select “optimize Mac Storage”.

I indicated the index from the script menu.

Thanks for sharing your experience. As suggested, I moved all the files and folders back into iCloud and deleted the duplicates in DT. When I did the initial index, I should note that only manually created folders were moved out of iCloud and into DT. The second time around, how did you index manually created folders and have them stay within iCloud? Did you initiate the index from the script menu?

For index OneDrive or Google Drive, does a similar behavior occur?

Since I had already indexed iCloud Drive, when I moved the folders back to iCloud it just updated the index in DT and everything seemed to be OK, but I think indexing with DT is a bit scary because if you delete and indexed folder in DT it’ll also remove it from iCloud (actually it’ll move the folder into Trash in DT).

Once you move the ‘moved’ folders back to iCloud, you can repair/verify the database. Just don’t delete anything until you’re sure …my feeling after working with indexing in DT (with locations like iCloud that are doing their own synching things) is to avoid indexing these with DT altogether. Or just index one folder at a time and verify as you go. It’s too easy for things to get confusing. I don’t know what the behavior is for GDrive or OneDrive.

Oh man, I already moved everything back into iCloud and deleted the indexed files/folders in DT. So everything is back to the way it was before initiating the index. If I do another index to just one folder, will it be moved to DT again? If so, I will need to move the folder back to iCloud similar to how you did it?

If you have everything the way it was it’s a good time to test on a single folder. Perhaps create a test folder in iCloud Drive and throw a few files in there, then index it, and see how DT handles it. Play around with some data you aren’t worried about. Once you’re comfortable with how it’s working, then move on to other folders if you’d like to proceed with indexing.

For me, the indexing is working so that if I add a folder/data in iCloud drive it shows up in DT instantly in my iCloud Drive group. I’m not experiencing the issue where the folder is copied over at this point. If I remove a folder/file from iCloud it similarly is removed from the index in DT. For the folders I have indexed, I only add/remove stuff from iCloud. DT is just for the better search capabilities. Overall, though, my preference is to just import my stuff in DT and manage it w/in the database.