I’ve indexed (not imported) some folders of pdf files and with my first computer I can see/open them in DTP. The database containing them has been synchronized, since the documents were many, it took a while, but the synchronization process was completed without errors.

When I turned on my second computer DTP started to synchronize and even there - after a while - it finished. Only that the indexed folders are gray, and their contents are indicated with the words “file not yet available”.

I wanted to understand if this is the normal functioning of indexing of pdf files, ie not showing the content … 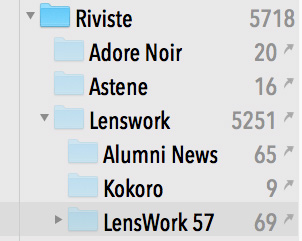 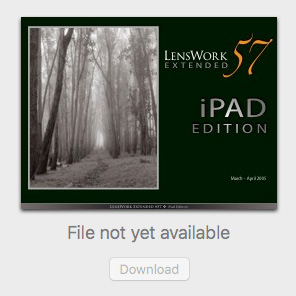 Is the sync store option to synchronize indexed items enabled or disabled? In addition, what’s the path of the indexed items and does this path exist on the second computer?

I have the exact same problem. In the original machine (really it is in all my two desktop machines), the indexing option is set to syncronize indexed items, but of course the second Mac does not have access to the same indexed folder. If I index a folder, and put the content in the remote store (“syncronize indexed items”) is to have them available without the need to have access to the original folder.

BTW, that is how works in To Go version. I navigate across the folders, tap on one of the PDF indexed and download it without problem. Same PDF I cannot download from the MAC. BTW, all my 5 databases haven’t access to indexed items in Desktop but has in To Go version.

Even iCloud drive indexed folders, that are available in both MAC, have this problem.

On the Mac indexed items aren’t handled like on iOS, the synchronization stores the files/folders exactly in the same location as on the original Mac and therefore it’s possible to synchronize files/folders between Macs that way. This fails if the location isn’t available.

Is there any workaround for this? Becuase then indexing external units is completely unusable, even indexind cloud folders…

Or in other words, what’s the sense (or rationale) to have external folders indexed but not accessible from other desktops? I index an external folder, save the content of that folder in the indexed database, go to another MAC (or possibly the same MAC but out of reach of the external folder)… and am I not able to reach to my files? They are in the synced database, but cannot I reach them?

Is there any workaround for this? Becuase then indexing external units is completely unusable, even indexind cloud folders…

In case of indexed cloud folders it’s up to the cloud software to transfer the files/folders (that way conflicts are avoided), the synchronization transfers only the metadata between the databases. Therefore this should actually work (and did the last time I checked this).

Or in other words, what’s the sense (or rationale) to have external folders indexed but not accessible from other desktops?

Both the database and the filesystem are synchronized in case of indexed items, therefore the indexed paths have to exist on all machines (e.g. by using cloud folders or paths in your home directory). Otherwise importing is recommended.

Thank you for your explanations, but still has no sense to me.

I understand the technicalities, but what I don’t understand is why it works in To Go version and not in desktop.

My MAC database is set to save the content of the indexed items into the remote synced repository (I don’t remember the name now), that BTW is in the same NAS but via WEBDAV.

My MAC only has the metatada in its hard disk. If in that MAC I need a file (a PDF, for example), it is open from the original path, edited or annotated and as it is the original file, it is modified and saved in my NAS. And in the WEBDAB database.

Now I take my iPad, sync To Go version and do the same: open that PDF, annotate it inside the To Go version (or send to and back to another iOS app) and it is sent back to the database… but it is not synced in the real folder. It is not synced until I go to my main MAC and do a sync. Then that MAC konws that the NAS file is not updated and overwrites the one in the NAS.

Then I go to another MAC, try to work with that file and… I cannot!!! Because the path is not in that MAC! Same if I go to out of reach of the home network with the first MAC.

Then, why not do the same between MAC versions as it is done in To Go App?

And next: one of the ideas of indexing is disk space. It is to have remotely stored the real data and remote synced database repository to sync across devices, and only maintain locally the minimum possible data… My remote repository is now about 700GB, but my local disks in my MACs are 500 GB… A mathematical impossibility

… However, indexing, the local used space on each MAC is about 1 GB… and the real data is stored in my NAS, that is the place it must be and one of the reasons to have a NAS…

Then, sorry to be so stubborn, but I still don’t understand why desktop versions cannot behave like iOS versions, having in consideration that if you modify something indexed in iOS and forgets to sync the MAC that did the original indexing, your remote indexed folder and your databases will remain not synced until you do it, with the ingravescent problem that if you modify the same file in two iOS devices before go via the main MAC, you will have a conflict. Why not the same behavior for MAC? At least I understand the dangers of the To Go versions mixed with desktop ones in indexed elements…

The Mac version tries to synchronize the filesystem but the iOS version doesn’t work like that as that’s not even possible on iOS due to its limitations. We might change this in the future but not anytime soon.

This is not what I was commenting, but ok, let’s stop here.

Is the sync store option to synchronize indexed items enabled or disabled? In addition, what’s the path of the indexed items and does this path exist on the second computer?

Thanks Christian, yes the store option is enabled. For what concerns the path: well, I’m not sure I understand well… the indexed files are only on the first computer, in the second computer there are not files nor the path of the first one… what I have to do? if I also reconstruct the folders that are present on the first computer, the volume name of the hard disk that contains them is - and remains - different between the two computers …

The following options are probably the only ones at the moment:

The following options are probably the only ones at the moment:

I found myself a few days ago having the same problem as the original author of the thread. I synced my database with another computer and all my indexed files and folders were unavailable. I then realized reading this thread that it was due to the fact that in my original computer I had two hard internal hard drives and that my indexed data was in the secondary drive named ‘DATA’. The new computer having just one drive, ‘OS’, DT wasn’t downloading the indexed data. I found myself having to use an external drive and to name it ‘DATA’ for DT to start syncing the indexed data, and I know have to carry this drive around even if I actually have plenty of space left in the internal drive!

I understand that it might make sense from the developer point of view, since it makes the sync less complex, but in my opinion it doesn’t make so much sense from the user point of view. Indeed two computers are rarely organized the same way in practice, or have the same drives with the same names, even when they have the same owner, let alone when they belong to different people. This is why, for example, leading video editing softwares all have a “reconnect” function that allows users to indicate where are located missing files (either because the project is open on a different computer with a different drives/folders architecture or because files have been moved around.

That brings me to another related thing that bugs me a little with DT: when folders are indexed, then it’s not possible anymore to reorganize those folders, because (unless I’m wrong) there’s no way to tell DT that the folders have moved. This can become quite a problem when someone wants to switch to a new computer, after buying a new one for example, that will not necessarily have two drives. Being stuck in the original drive/folder organization and having to create a new partition just because DT ‘wants’ to reproduce the same structure doesn’t seem right… I have to admit that I’m not sure what would be the best solution here, but being able to “reconnect” or to indicate different locations for indexed folders on different computers (or at least having the possibility to do so or not) would possibly work for me (like having computer-specific indexed folders locations…)

Well in any case I know you’re smart developers, and there might already be ways to do this, or possibly some work-around, that I’m not aware of. And I would be glad to learn that’s the case! Cheers