Hello,
would it be possible to get a lockscreen widget for DTTG to create a note (e. g. markdown) with touch on the widget? The app Scanner Pro has something for this to open the app directly in scan mode. Very handy for my “office focus”.
Thanks!

Why don’t you just long-press DEVONthink To Go’s icon to create a new note?

My understanding is that iOS 16 is offering a new way of interacting with your iPhone, directly from your lock screen.

Introduction of lock screens varying throughout the day based on your focus would seem to support that notion, as does the always-on screen on the iPhone 14 Pro. With that, the OP’s request fits into that way of interacting. Call it ultra-focused, if you will.

What about using something like LockFlow which lets you make shortcuts and add them to a self-defined widget? That way you can even modify the exact behavior of what the button does. 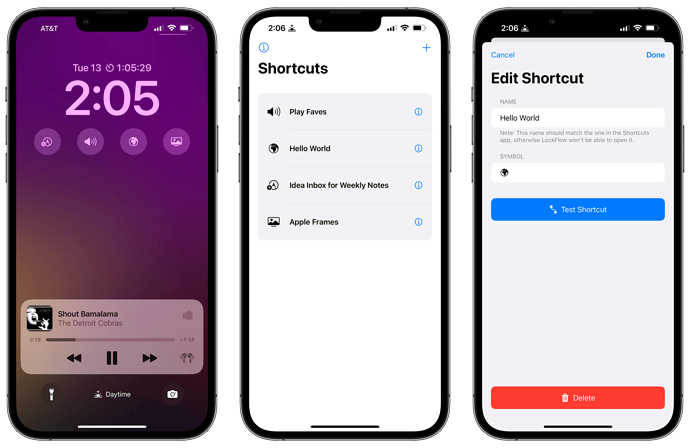 LockFlow: A Simple Way to Add Shortcuts to the iOS 16 Lock Screen

A shortcut isn’t worth building if invoking it is more trouble than doing the same thing another way. Fortunately, that’s rarely the case because shortcuts can be triggered in so many ways. Still, you can never have too many options because more...

Why don’t you just…

I think the OP’s suggestion sounds like a good idea, and if that was a feature of DTTG, I’d probably use it. It takes a few steps away from your suggested alternative.

Well, noted as a feature request!