Is a Mac Studio justified?

I see what you are saying, and I think Thunderbolt 3 is the same maximum bandwidth as 4, but from my fairly limited review, I think it is still about 3000 mbps. I don’t know if that’s average speed or theoretical maximum, but I suspect it’s limited to one drive per thunderbolt port. So something like the OWC solution I previously shared would likely see 2500-2700 mbps from the m.2 and 300 to 500 Mbps on the 2.5 SSD. I am making those numbers up, of course.

I use that drive for gaming and other not so important staff (despite being not important I do regular backups).

here the ATTO disk benchmark of my internal 1TB SSD 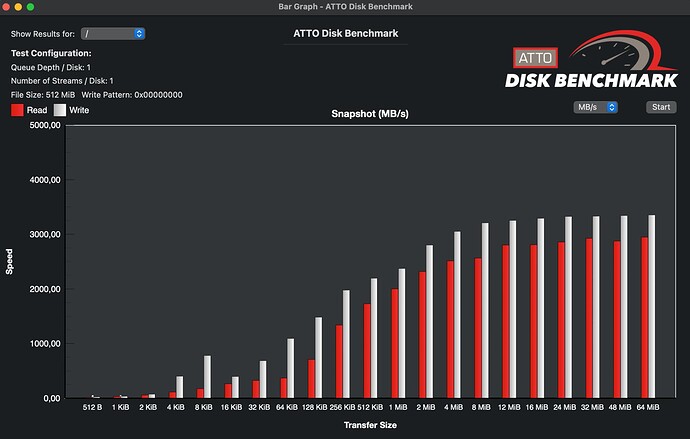 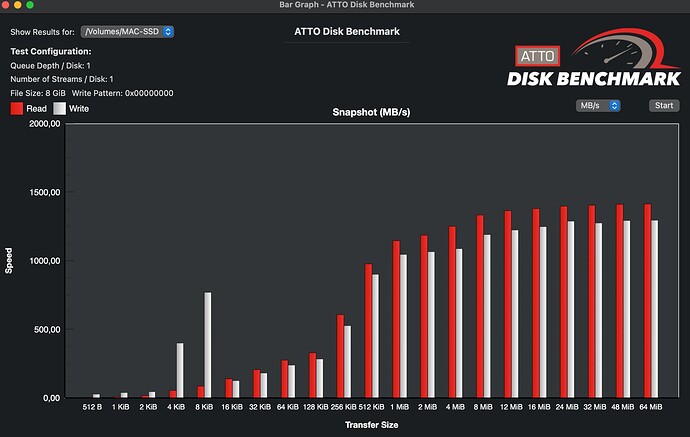 Gotcha. It’s indeed unusual situation but I can see your situation now. Interesting too.

I have both a 16Gb M1 MacMini and a maxed out new MacBook Pro 14". As far as DT is concerned, I do not see any difference in general usability (which everything else also opened), and I have significant size databases opened : right now I have a 45Gb and 20 Gb databases with two other smaller ones running.

If I have to do real work such as compiling and running codes, I do see the difference though.

I don’t have first-hand experience with RAID 0, but my understanding is that it trades reliability for performance. It looks like the internal drive is still 2 to 3 faster than the RAID 0. Which drive is your DT database on, and do you notice any differences in daily use?

don’t have first-hand experience with RAID 0, but my understanding is that it trades reliability for performance.

Pretty much. There’s no redundancy in RAID 0 (even though the R in RAID stands for redundancy). It just leverages having 2 or more physical drives to speed up read/write in high bandwidth storage situations. Because there isn’t any redundancy, total storage is equal to the sum of the size of both drives. With true RAID redundancy (i.e. RAID 1 and above), you give up some space in exchange for the redundancy, that is, a drive can fail and it can be rebuilt without any data loss.
The reliability issue with RAID 0 stems from it using two devices to store media and only one of them has to fail to lose all the data.

As an old Oracle and MSSQL DBA I think this sounds remarkably like discussions about database performance issues I’ve had in the past, before we expected the software to “tune itself” for us. Should we place blobs on external drives? Can we use external drives for certain tables while keeping the indexes on SSD? Can we pin a database or its indexes in memory? Etc.

Interesting questions which, as peoples expectations about system responsiveness and database size become more demanding, will have to be addressed. With something like Oracle, you can tune the database in innumerable ways. With Devonthink, pretty much not at all.

Of course, Devonthink is not so much a database as an AI based document repository, but these issues still matter as we demand more performance from the product.

Hopefully, the good folk ad Devon Tech will provide some additional tuning tips and options in future releases of DT3.

Thank you for the your observation on “relative” usability between the two M1 computers. I realize you might not have had the interest, so my question might not be “relevant” the M1 mini has an internal throughput that is approximately a quarter of the MacBook Pro 14 inch, so have you looked for or have checked the the “latency” as that would definitely affect the complexity of your getting the compiling and running code between the two being “different”.

I must say that I have not.

I’m planning to get a Mac Studio but just accidentally found out that M1 macs seem to have problems with Apple’s old Thunderbolt Displays.

Anyone using a M1 mac with one (or two) Thunderbolt Displays? Do you encounter the pixel error? I know they are old but I’d really like to keep the displays …

I don’t believe any usage of DT no matter how heavy can justify the purchase of an expensive machine like the Mac Studio, as DT can easily fly on ancient hardware (my late-2013 MBP can testify that).

Agreed that DEVONthink is still a solid performer on older hardware - providing its running a mnimum supported operating system]. However, I don’t need a Lamborghini, but I’d still like one. 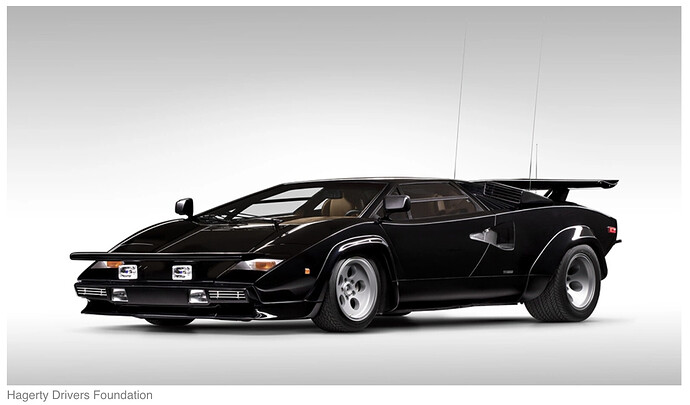