Keyboard shortcut for switching among windows

I would like to know if there is a way to quickly move from one window to the the next, using the keyboard rather than the mouse. I have four databases that I use and 3 monitors. To be able to apply a shortcut would be nice rather than move the mouse around for long hours. Thanks in advance.

I’m not sure if this is what you are looking for, OSX lets you switch between the windows of the active application with ⌘` (command-backquote). This works for me even if the windows are on different monitors, but not if they are in different spaces.

If your keyboard layout is not US, the backquote character may be difficult to get. You may be able to change it to another shortcut under Keyboard preferences. This is a screenshot of it in Snow Leopard, don’t know if it’s different under Lion: 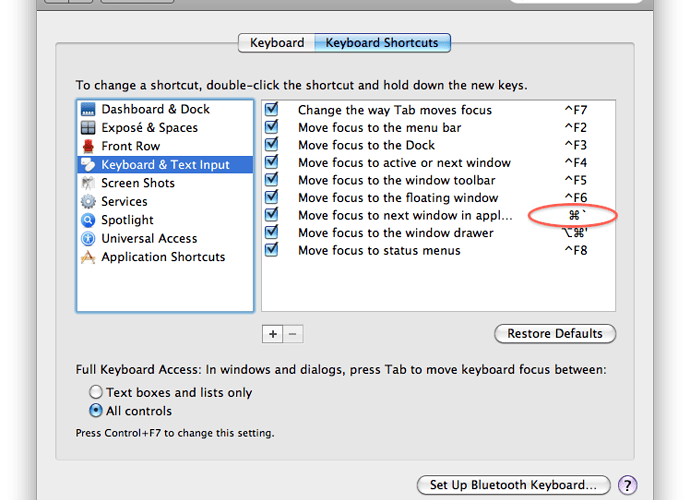 Thanks, it was just what I needed. Under US International it won’t work, only regular US keyboard.