Move group to another database

I want to move the groups and all document stored in one database (rooted in our DTTG sync with DT3 on my mac) to a newly setup database (created and rooted in DT3 on my mac, but seen in DTTG). My aim is to delete the database in the DTTG after all the move. DTTG doesn’t allow me to move to another database; but only between groups within the same database. So what should I do? 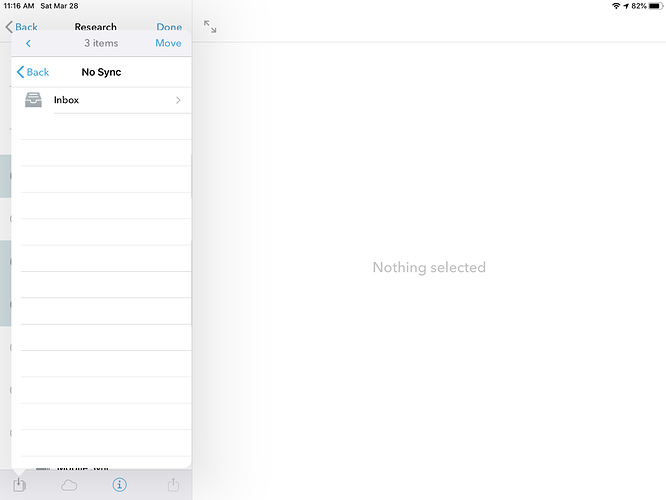 on dttg, it doesn’t allow me to move to another database. When I clicked Move, other databases can’t be selected. On my DT3 on my mac, it allowed me select other database and its subgroup; but it doesn’t move instantly. A log window comes out, indicating that is pending file. I don’t know what does it mean. what should I do then?

Are you using Download Files: On demand? If so, you can’t move them because you have no content to move. You must download the group and its contents to move them.

Hi,
I was just trying to do the same with on demand. I came to the same conclusion that it needed the files to be downloaded but I searched discourse anyway.

Having said that… the files do exist virtually as placeholders so to move those references seems trivial to me and an action that would be expected (at least by myself and Bluewings).

Upon sync I can see the issue since the files exist in the cloud so you would have to move the files themselves, but would this be so much different than what the app does anyway? (granted I don’t know, and don’t need to know, the details of the sync process which I’m sure are complicated).

IMHO someone with demand mode on should be able to rearrange to his/her hearts content and let the app do the lifting afterwards. Agree? It feels in keeping with the light nature of dttg.