Notes Append/Prepend as used in Drafts by Agile Tortoise

I recently sent an e-mail to the developer of Drafts inquiring on the possible release of a Mac version and realized shortly thereafter that I could probably use DT as my long term notes repository IF DTTGO supported the Share sheet Append/Prepend feature of Drafts. I’ve used ALL of the major writing/Notes Apps and Drafts is the only one I’ve tried that has this.

If you are not familiar with it, it allows you to Append/Prepend new content to an existing note. For research purposes, this would be great as I’d be able to create a research note and update it periodically with new material without having to start new related notes and then having to link them. Since Drafts currently has much better Markdown support, it is great as a capture and quick writing tool with DTTGO/DT the ultimate research storage/archival database.

If this is already possible, I’d appreciate a heads up.

While I’ve communicated off-line to the DT team, I just want to say publicly that you guys are hitting home runs are on track for BIG things with DTTGO and whatever you have planned for DT 3.0!

Why not just use Drafts and export to DEVONthink to Go? I’d rather see expansion of DTTG2’s features to accept input from other app (e.g., adding document provider capability), instead of building out DTTG2 to replace the features on Drafts, etc. That path will lead to bloat and then to failure, IMO.

While I’ve communicated off-line to the DT team, I just want to say publicly that you guys are hitting home runs are on track for BIG things with DTTGO and whatever you have planned for DT 3.0!

I agree with Korm. Append to Drafts as much as you like, then use this action to send to DTTG

I’ve obviously not explained the use case very well…

To be clear, this is not a “Drafts” thing, it is simply adding the Append/Prepend feature to allow for an elegant way to to add to an existing DTTGO note. I don’t expect DTTGO to ever be the full-featured Markdown beast that is Drafts, but improving the sharing menu to me is a win that doesn’t take away focus in any way.

Well, hopefully this shouldn’t be impossible. On the Mac, DTP has a service to append text or rtf to a note, so here’s to hopping that will come to iOS too in some form.

So, if I understand correctly, you are suggesting to add an additional share extension that makes an “Append” icon available in other apps and provides a user interface for selecting the target document?

The AppendPrepend feature would be added to the Share sheet at the bottom of DTTG - see the attached Drafts sheet as an example. 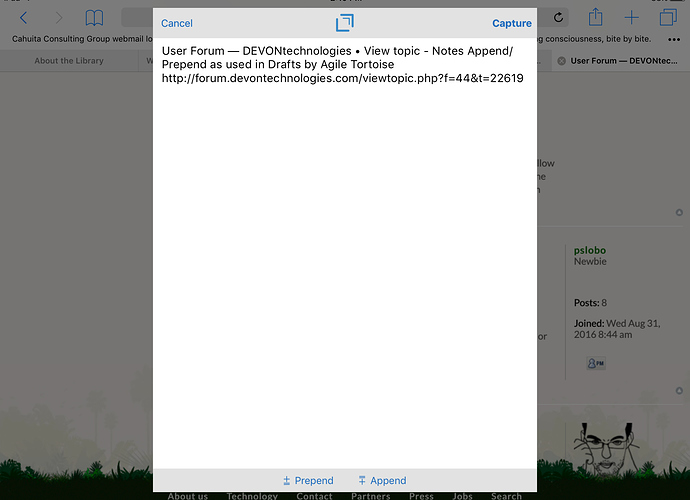 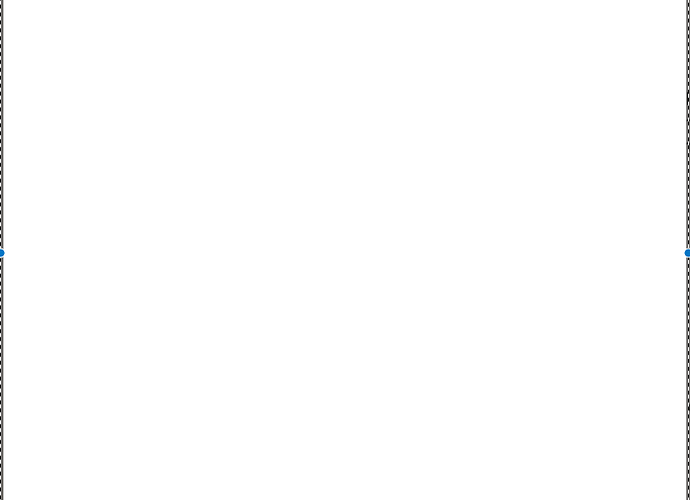 Just edited the png file as the first one was sent from my mobile and a bit too large. It is the actual Drafts Share Sheet with Append/Prepend at the bottom. This allows for new entries to be added to existing notes in Drafts.

In the case of DTTG, it would be great to be able to add content to existing notes.

Something akin to what I described here (Is there an iOS markdown editor that works with DTTG?) would be great for this too.

“Something akin to what I described here”

Yes, essentially, it would be great have both the ability to better leverage Markdown to edit an existing file and to Append/Prepend to it. I’d to start my ideas in Drafts and use it to create outlines and then move it to DTTG with the intention of constantly updating in DTTG as my research evolves. If I could use the power of Markdown in Drafts and maintain that by adding to the notes file in DTTGO, I would be OK if DTTG wasn’t as strong a Markdown editor as Draft.