I cannot view the complete image on my iPhone – there are no scroll bars. To begin with, I’d expect the image to scale (like in Evernote). The image was pasted into a Rich Text note on the Mac.

This is a huge limitation of DEVONthink To Go because I cannot access all information contained in images. As a sample image, I pasted a screenshot of the DEVONthink Pro macOS settings into a Rich Text note.

The result on my iPhone SE looks like this (vertical and horizontal on iPhone SE): 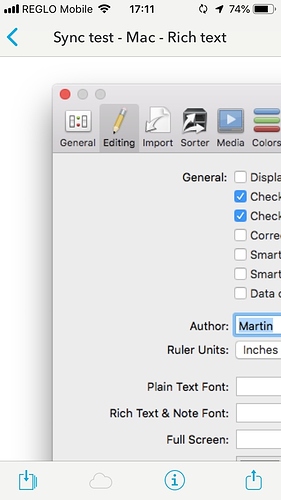 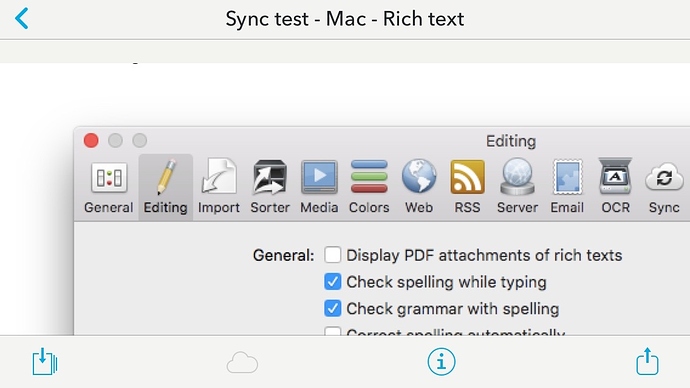 See below how it looks like on the Mac (with a different screenshot but I hope you understand the problem): 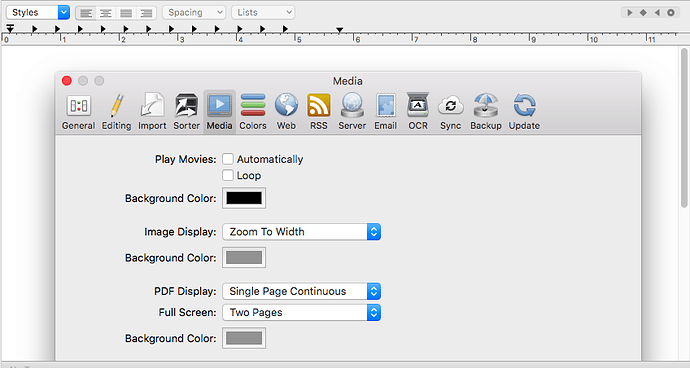 To begin with, I’d expect the image to scale (like in Evernote).

This is not a correct expectation as Evernote does not use RTF data. Their format is a proprietary HTML format.

Using a Formatted Note would be a closer match to Evernote’s behavior, however you should resize any images before you add them to your documents. Formatted Notes embed the data for the image, which can quickly create files larger than 10MB. These files would not be viewable in DEVONthink To Go.

I tried your suggestion to use a Formatted Note instead of Rich Text. On the iPhone, I can see the full image, but I cannot zoom in to see details: 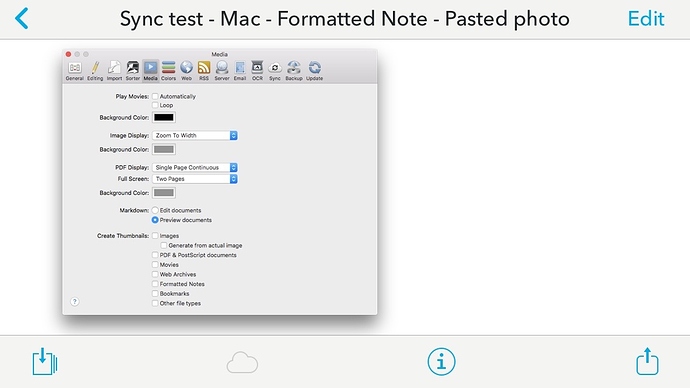 I also created an HTML document with a pasted image. The image shows on the Mac but does not show on the iOS device. Furthermore, the apostrophe in the word Here’s did not show as a normal readable character: 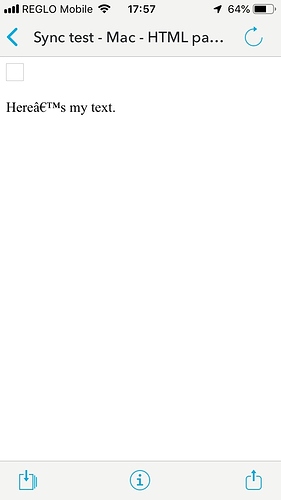 I also created an HTML document with a pasted image.

Dragging and dropping an image in an HTML document creates an absolute link to the file in your filesystem. This will not resolve correctly in another filesystem.

Regarding the Formatted Note, we will have to investigate further into this.