Problem With Names and Aliases Linking

I seem to be having an intermittent issue with the Names and Aliases linking feature.

Although the string of characters and spaces (including capitals) is identical to the file name, it doesn’t always automatically generate a link.

Further, when I try to add spaces or paragraphs before the Name/Alias, sometimes the link will form, but there’s no consistency as to when it does and doesn’t form. So I can, in one instance, click the spacebar several time, get the blue link working, backspace, see the link go in and out with each stoke, and then return it to the original position without the link being there.

So-- to be clear, there doesn’t seem to be a consistent rule (like two spaces every time) to automatically generate the link. Anybody else having issues with this? It didn’t seem to be happening until only recently (after I bought the license).

An example or two and possible screen captures, including the WikiLinks preferences would be helpful.

Here’s an image of my preference: 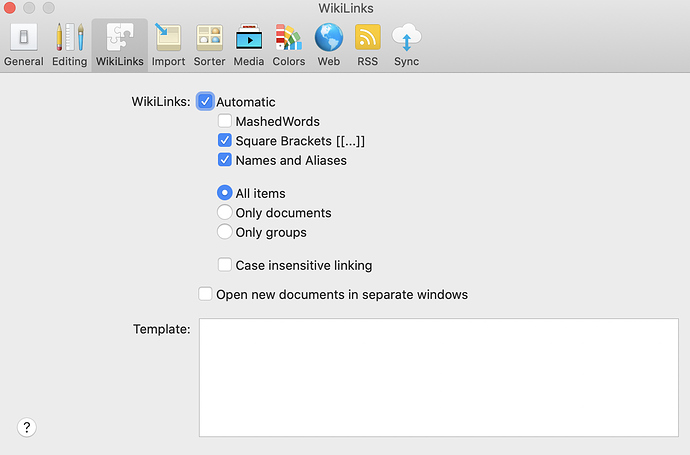 I can only put one image per post so bear with me, please.

No worries and no rush

Here’s a capture of the Name/Alias with no spaces 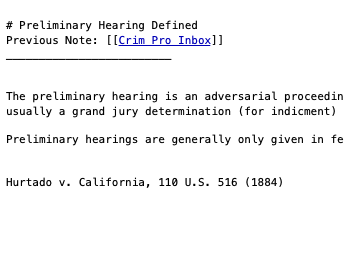 The Name/Alias formed automatically after entering two spaces. (note: it did not form after one space) 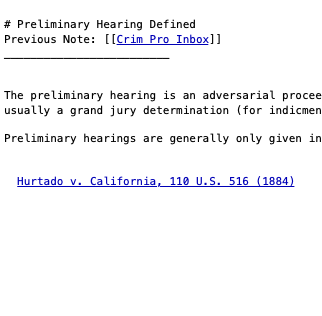 And, I added another space to see what happens – looks like the link went away. 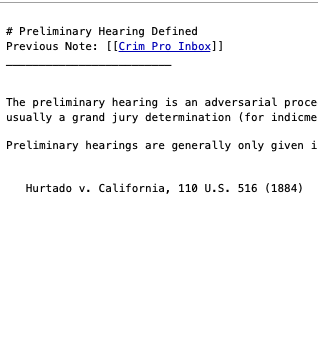 It says that they’re Plain text documents. At least as far as I see under “kind” – I use a macro to create new notes from existing text, so I’m not sure which type of file it opens.

I use a macro to create new notes from existing text

Does this existing text contain the expected WikiLink text?

And can you clarify this macro?

The macro works as such: I highlight the text, type the keyboard shortcut, and a number of events take place that Keyboard Maestro executes. Essentially, the program copies the highlighted text into the name field of the new document, and formats the content field (a title, a wikilink to the previous document, etc.)

So, when I type the shortcut I end up with a new note, named with the highlighted text. This should cause the original document to automatically create a wikilink to the new document. There is a twist, though.

The macro is a little bit deficient, and the wikilink doesn’t always form. I usually just copy the title of the new note from the name field, and replace the previously highlighted text with the new name (because it auto-capitalizes the first letter of each word). I do this manually. Therefore, I don’t think the macro has much to do with it. I would expect the link to form without the macro if I copied and pasted the title of a document into a new document-- although I have not tested this to see if the same bizarre spacing result occurs.

Copying and pasting a name into a file should generate the proper WikiLink.

This should cause the original document to automatically create a wikilink to the new document.

If the new document isn’t created first, a WikiLink shouldn’t be established.
Also, it’s possible the index wouldn’t have an immediate record of the new file.

Can you post a screencap of the KM macro? 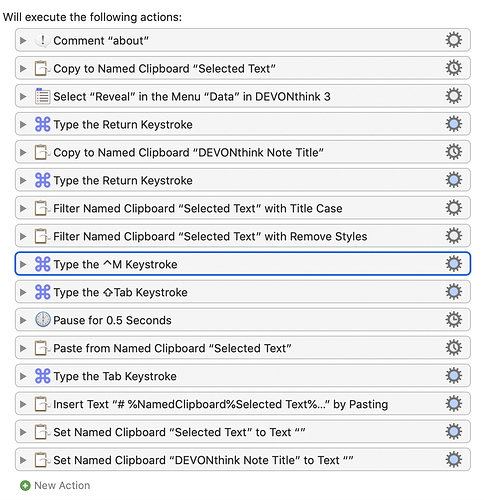 Here it is! You may be right, but I’m thinking we’re going down the wrong rabbit hole with the macro. Since I manually update the name each time I use the macro, I think what you’re suggesting shouldn’t be a problem.

Can you ZIP and post the macro for me to inspect? Thanks!

Hello! I’ve got it zipped, but the forum is letting me know that I cannot upload attachments.

I increased your trust level. Try it now.

Thanks, man. Here it is.

You’re welcome and thanks. I’m not seeing an issue here, so I want to try and start from the same place you are.

Alrighty – thanks for sticking with this over the course of multiple days, haha. Looking forward to seeing what you think is up.