Regex script do not rename file

I’m trying to batch rename some articles. Many starts with the publication year, and I’d like to include the work Artigo as a prefix, and use underscores to separate the prefix and the year.

I’ve never used Regex before, so I practiced in python using a jupyter notebook. After a few tweaks, the code worked fine:

The resulting title is Artigo_2003_Five Tenets of Security-Aware Logistics and SC operation.

However, when I try to do the same using the Regex script from DVT 3, nothing happens. Did someone have the same issue?

What did you enter as the source pattern?

Many starts with the publication year

So you’re not processing files without a year at the beginning?

I tried the Regex in files that start with the year.

I tried the Regex

But what did you enter?

I tried the simplest form:

Note: There are several flavors of Regex in the world. 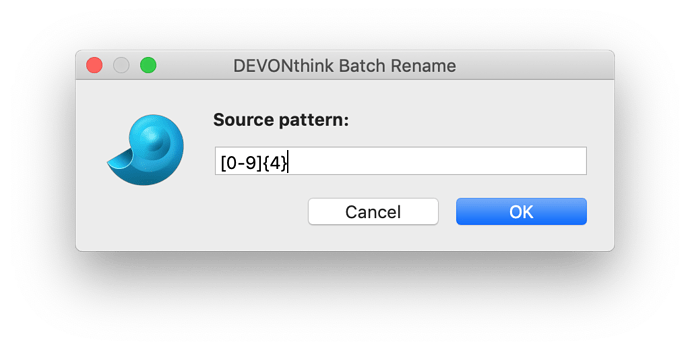 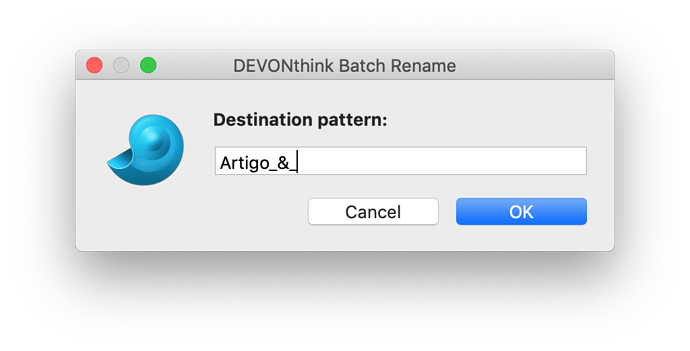 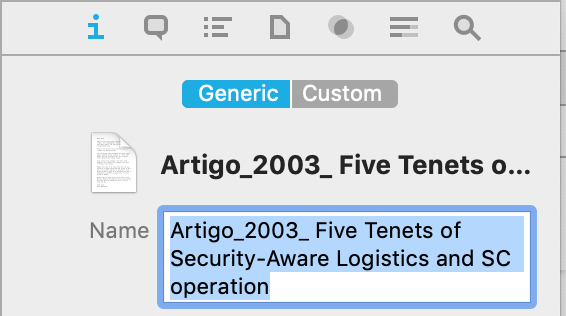 If I may ask you for a little more help, I’d like to remove the space after the last underscore.

Do you have any suggestion?

Use capturing groups and backreferences then… 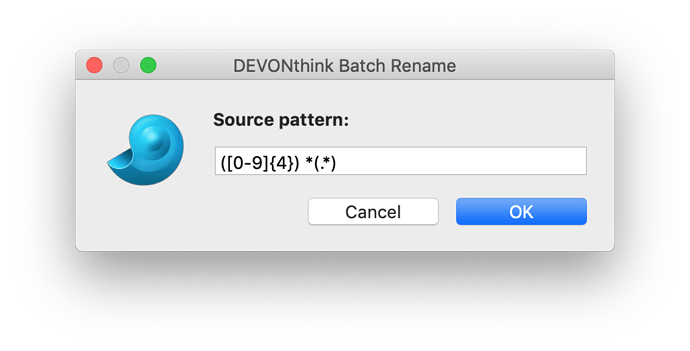 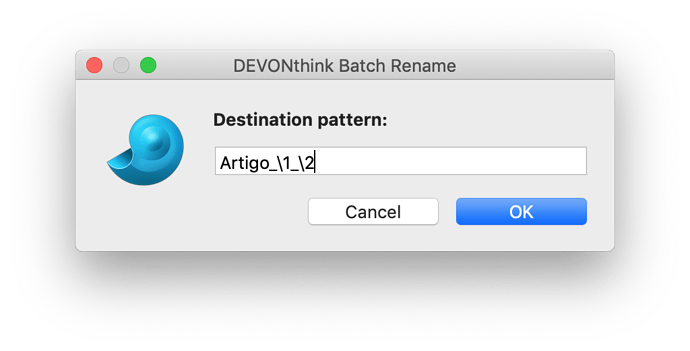