Your best bet would be to move the shortcut somewhere out of the way using the App Shortcuts in Keyboard Shortcuts Preferences. 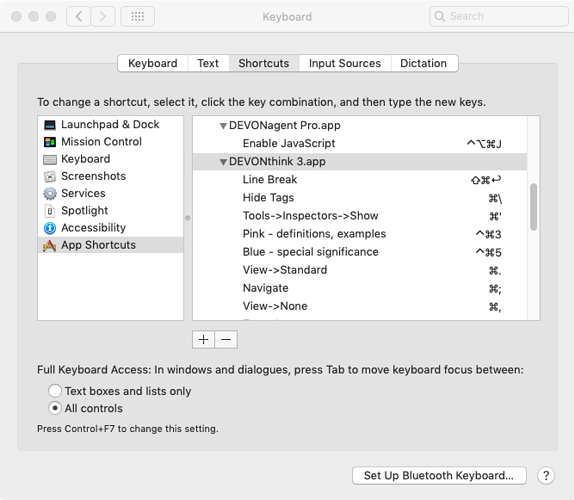 Open System Prefs and go to the bottom section as shown. Choose DT3, as your app, type the Command exactly as it appears in the dropdown, then add your shortcut. You could switch it to something like ‘command-option-control-shift-k’, that way it’s the same place, but you have to be quite gymnastic with your fingers to use it, or move it somewhere else entirely.

Excellent!!! Thanks very much