how to disable or change the keyboard-shortcuts/hotkey for the safari clipping extension of Devonthink?

For example, it opens up when I click [cmd]+[shift]+[c] to clip the current page. But I don’t want that, this is my regular element-inspection shortcut of the web-developer-console.

I’ve looked into the services of the keyboard shortcuts in the system-settings and disabled and also removed all shortcuts for Devonthink.

But still the clipping extension getting triggered.

Have you checked DEVONthink’s Preferences > Sorter > Clip to DEVONthink hotkey ? 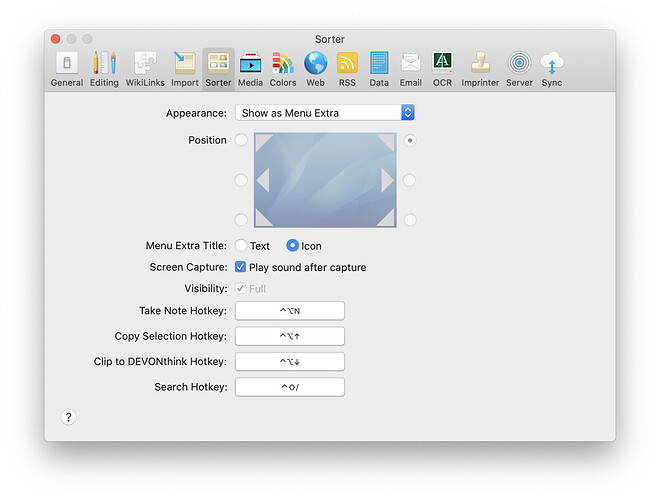 Yes, no hotkeys in there: 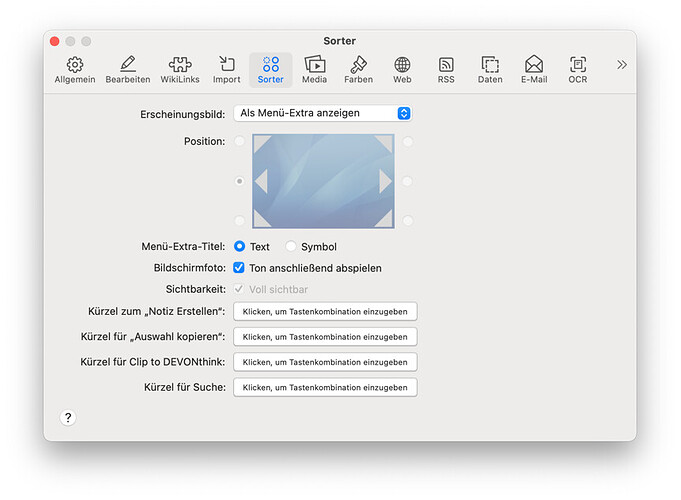 It looks like this is coded into the extension itself. Development will have to look into this.
In the meantime, you can click the Clip to DEVONthink button in Safari’s toolbar or set a separate hotkey in the Sorter preferences.

Okay, I will turn the extension off until this will be fixed.

Until current time, with Clip to DEVONthink 3.8.4, the problem still exists.

You can set a hotkey in Preferences > Sort. This has been in place for quite some time.

I have the same problem as this thread described before. I set no shortcuts in Preference > Sort, but nonetheless it still exists. After I disabled the Safari Extension “Clip to DEVONthink” and then it’s gone.

Preferences > Sorter and that’s in DEVONthink, not Safari. 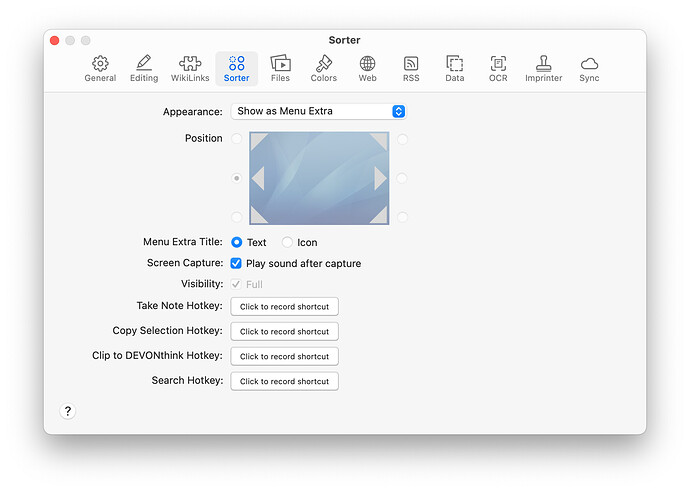 I had the same setup as @Sascha above. I didn’t set any shortcuts.

After I disabled the Safari Extension, the shortcut went away.

It looks like this is coded into the extension itself. Development will have to look into this.

Did you set a hotkey now?

No, It is as I showed in the screenshot. Why?

There is a default shortcut in the extension but you should be able to override it in the Sorter preferences.