I’ve created a custom data item called ‘score’ with Type ‘Decimal Number’ and Format ‘Number’. I use this with my DEVONagent automation to record the score that DEVONagent has given to an item found in search. I would like to sort those found items in DEVONthink based on that score.

The score items are recorded correctly, but the sort does not work. Ascending or descending to not sort according to decimal order and don’t appear to be in “alphabetical” order either. I THOUGHT that this worked in previous versions, but am finding in current version 3.6.3 it is not.

I’ve attached a screenshot of an example list view sorted on the Score with Descending sort.

Is this in a group, smart group, search results?

This is a group.

Okay - I have confirmed this here. 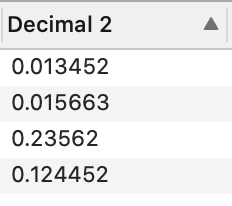 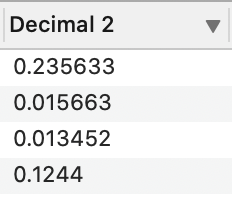 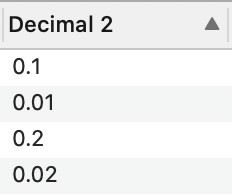 The entered values are stored as numbers, not as strings. But the display avoids unnecessary trailing zeros.