I’ve noticed that the DTPO Sorter is senstive to Java applications for some reason. When I’ve launched muCommander and a more obscure JAR-based application Fjenie, I get a dialog from the Sorter asking about how I want it to behave in full-screen mode: 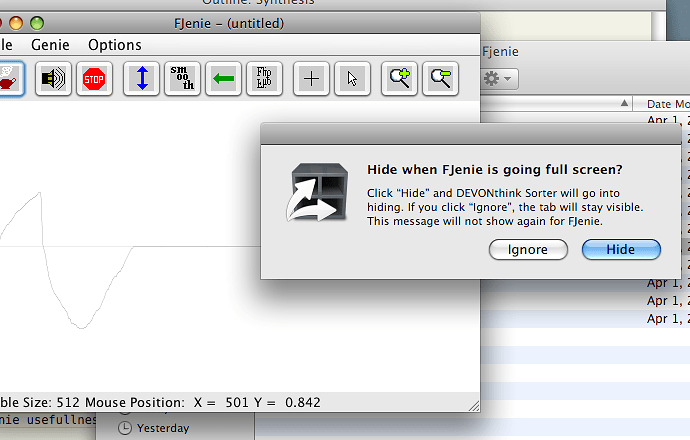 Picture 1.png752×440 75.8 KB
I can’t really figure out what the dialog means, and how to revert my choice short of tinkering with the prefs file, but as I use the Java application, the Sorter tab disappears and re-appears at inexplicable moments.

This obviously isn’t a major problem, but I thought I point it out.

Just click Ignore and the Sorter will stay visible. The Java engine is creating a full screen window that isn’t visible. However our AI doesn’t extend itself to understanding to what is drawn on the screen so it asks for human intervention.

I assume the boolean for each application in the Sorter preferences is:

I forgot to logout to see the changes take effect, and from there, I simply deleted the application references and am starting over.