I configured my Mac to automatically switch dark and light theme. After switching back to light the sorter edit window stays black and I can’t type / see anything. I assume this to be a bug? 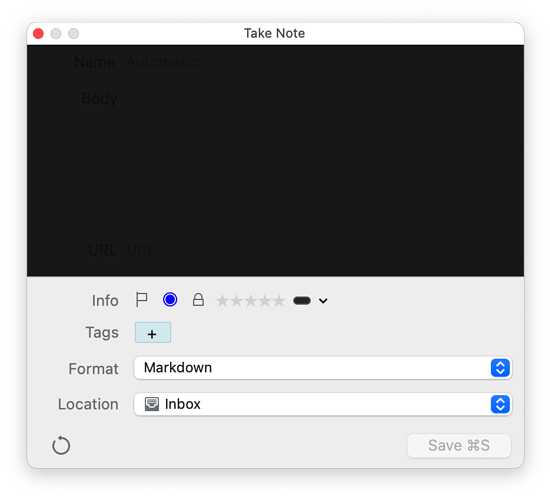 I see same for this Sorter window. Only works for me when Mac is in Dark mode. Never noticed till now as I don’t use Sorter all that often.

Which version of DEVONthink are you using? 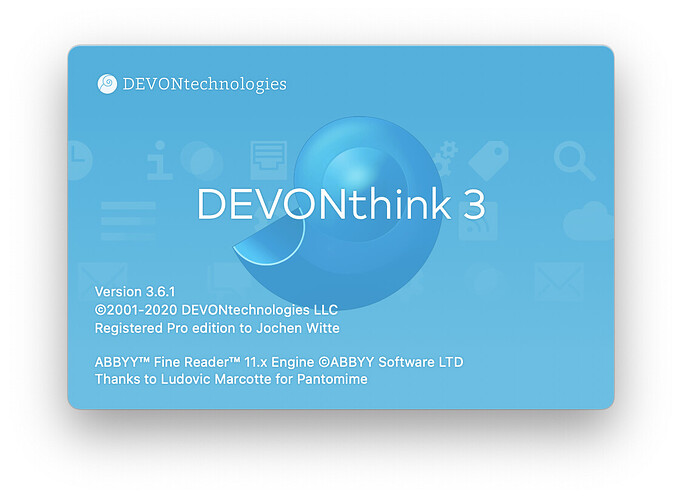 If you go into System Preferences -> General and change from Auto to light, then back to Auto does the Sorter show the correct colours?

So I deduce it works in Dark only. As I said, I don’t use Sorter that much, so this first time I tried. I normally don’t work in Dark.

I restarted DT in light mode

I deduce this only happens when switching automatically.

Thanks the colours in the sorter are system colours that should automatically changes when auto switching and that worked fine in the tests I had running.

@rmschne At the moment I can’t see why it would only working in dark mode.

I will look into both issues and see I can track down the cause.

let me know if you want a support ticket to get my details, or anything. Meantime, I’ll reboot … sometimes with Big Sur things are anecdotally better.

Well … rebooted Big Sur 11.0.1 and the Sorter works in all Appearance Modes (Light, Dark, and Automatic).

The old reboot works, apparently, only to fix problems I notice. How smart it is! I’ve rebooted a few times in the last week for various reasons, and none apparently had impact on an oddity that I had not noticed yet. I didn’t use Sorter till yesterday and then I saw it. Rebooted–poof, gone.

Big Sur is as intelligent as anything out there in real life?!

Thanks for letting me know. Interesting the reboot worked.

Well, I certainly think it’s odd; but nothing I can really do than accept the probable coincidental fix…

I do have hypothesis on what might be going on, but I’ll hold that until the problem returns. I don’t normally use Sorter that much; but I’ll make an effort to do so over the week or so.

Please let me know if the issue returns. I have a test running with the auto mode changing every few minutes however as yet I haven’t been able to reproduce the issue.

Will do. Maybe it’s just a correlation not a causation.

That could very well be true.

Not seeing it. I’m checking the Sorter from the top Menu Bar probably a dozen times a day (but not really using). Have had a number of automatic “Appearance” changes (which was my hypothis… seems to be false.)

I know I saw it; but now gone.

I have seen several screenshots of this issue which only seems to only occur on Big Sur. I have been automatically changing appearance multiple times a day for the last week or so and as yet haven’t been able to reproduce the problem either.

If anyone can reliable reproduce the problem please let me know.