If I do the following:

Then the info field in DTPO shows the URL as instapaper.com.

Is this a known bug? Can anyone replicate? 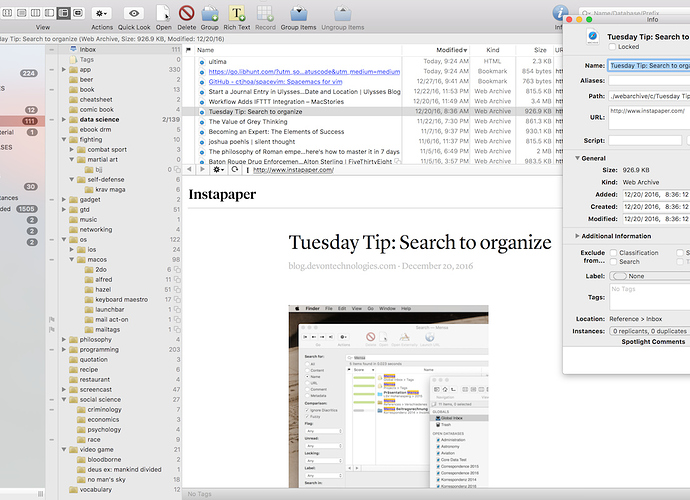 Is this a known bug? Can anyone replicate?

Yep. Confirmed. Looks like an error on DTTG2. The same action performed with the Clipper on OS X captures the entire URL at Instapaper.

(Interesting, too, that when the document is selected in DTTG2 and we look at Info, the original source page’s URL is shown, but that data is not synced back to DEVONthink.)

Thanks for the report! An issue has been filed

FYI, the new clutter-free web archive feature that uses Devon Tech’s own service also has this problem. I filed a bug report (ticket #911550).

This will be fixed in the next maintenance release.