Is anyone else having trouble with Dropbox authorization in the new version of the sync plugin? At first, I got the proper pop-up to enter my username and password, but then it seemed to get stuck (perhaps on Dropbox’s end), so I pressed “Cancel” to try again. But now I just get a blank pop-up when I try to authorize: 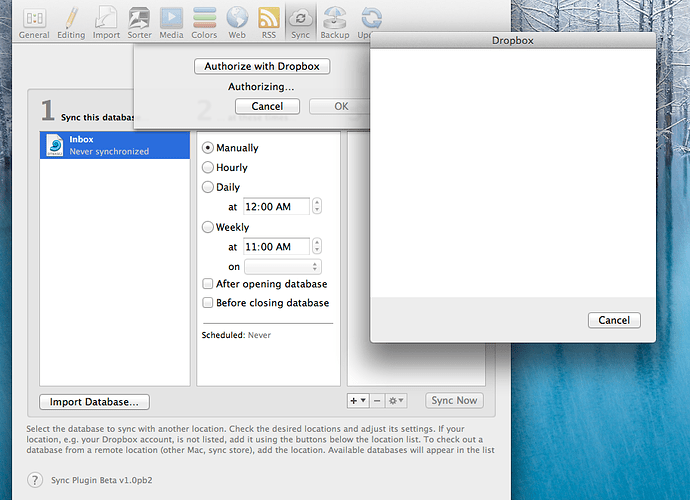 (I haven’t used Dropbox sync before; or rather, I tried to with the previous version of the sync plugin, but it was too damn slow, so I used a flash drive instead. Since speed is supposed to be improved, I decided to try Dropbox again.)