Synching to Multiple Computers/Users via Dropbox Teams (is it even possible?) or ... anything else

I am trying to synch my DevonThink 3 database so it’s accessible on multiple computers using Dropbox Teams. I am using Teams because I have a few research assistants who need access to this database in different locations (so not on a local network) – I’m using the Teams version of dropbox because we all have our individual Dropbox accounts we need to keep linked to our computers for other work purposes, and the only way to log into two dropbox accounts on one system is for one of them to be a Team account and one to be personal.

But I can not for the life of me get DT3 to find/synch with the synch store folder if it’s in the “Team” dropbox folder. When I moved the synch store folder in to an App folder in the team’s Dropbox folder, DT3 just creates a NEW Apps folder in my PERSONAL Dropbox folder on my computer, and it doesn’t synch in a way my team can see. Is there ANY way to tell DevonThink WHICH Dropbox folder to create that synch folder in? Or is there any other way to have DT3 synch to a Dropbox Team folder so that it’s accessible to multiple users in that Team folder rather than only being visible to a single user in their personal folder? [And just to be clear, I’m trying to figure out a way to use Dropbox to synch in a way that doesn’t involve everyone sharing the same login/password for one user, because that eliminates the option for everyone to have individual DropBox accounts for their own purposes, since you can not synch more than one personal account to a computer).

If it’s not possible to do this, I’m trying to figure out if the WebDav synch option is something I can do … I have my own website that is hosted on my own URL/server (hosted by godaddy) … does the WebDav option involve hosting the database synch folder on your own site like the one I have, and if so, are there instructions somewhere for setting that up?

I love DT3 so much, but this need to have a team be able to access my database is essential for using the system, so I’m really hoping this is something that DT is working on streamlining or that there is a way to do this currently that I’m missing?

Please hold the Option key and choose Help > Report bug to start a support ticket. Thanks.

And can you also address my follow up question: “ If it’s not possible to do this, I’m trying to figure out if the WebDav synch option is something I can do … I have my own website that is hosted on my own URL/server (hosted by godaddy) … does the WebDav option involve hosting the database synch folder on your own site like the one I have, and if so, are there instructions somewhere for setting that up?”

If you want to Sync DT3 to your Teams Dropbox login, then that same login would become the one that syncs to your local filesystem; in order to access your Personal Dropbox files you would need to use the Dropbox webapp or a different user acount on your Mac.

To setup Webdav, you need to either host WebDav software that functions as a server 24/7 or subscribe to a cloud-based Webdav service or (easiest of all) use a Synology NAS and configure its included WebDAV server software.

Thank you for the response about the WebDav stuff … unfortunately it’s all Greek to me. I don’t know what WebDav or Synology NAS are. But I’m gathering from your comment that there is potentially a service I can sign up for that would securely host my databases for cloud synching using DT’s WebDav synch option that would get around my problems with DropBox? Any pointers for what those services might be/where I could look for them would be much appreciated. (Alas I’ve also had an impossible time setting up CloudMe … they won’t let me synch to their server because of their per-file size limits)

I often wish I could find someone to help me navigate/set up DT for my specific purposes as a consultant since I just don’t have the technical ability or time to figure this stuff out. I feel like I am using DT to about 10% of it’s capabilities, and really need it to do more. If anyone knows about such a service that might exist, I’d love to hear about that too (I’ve been using DT for years and have subscribed to various online tutorials but have still not been able to get to the level of functionality I need and want).

Thanks for any help you can offer!

There are many cloud-based WebDAV hosts. CloudMe is one of them: 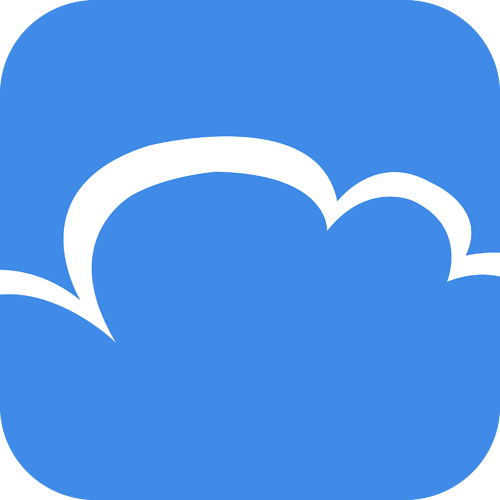 Synology is a brand of Network Attached Storage. This is an array of hard drives which works on your local home or office network so you can backup your files and access them from outside your network. Synology’s NAS devices also include software to function as a server for many different purposes including setting up your own WebDAV server.

Whether for work or play, Synology offers a wide range of network-attached storage (NAS) choices for every occasion. Compare specifications below and find the right model for you.

When you set up WebDav, your Devonthink database still remains local. However a copy of it (a “sync store”) is created in the WebDav server; that lets you sync your database to another Mac computer.

I feel like I am using DT to about 10% of it’s capabilities, and really need it to do more.

Thank you, this is really helpful. I’ve been trying to set up and synch to a Cloudme account and it hasn’t worked for two reasons (I think):

I’m also looking into whether I can find a local IT service that can help me set up a synology network situation onsite so I can just host this thing myself and my assistants can synch to it remotely that way (which I think is what your comment indicates I could do). Given the problems I’m having with Cloudme, it seems like just hosting it myself may be the safest/most reliable option in the end?

I do agree that a NAS (of which there are many options but I think Synology is the best and easiest to use for a variety of reasons) is the simplest option. It will serve two functions - (1) Hosting WebDav for syncing; and (2) A backup for your entire computer.

That said - do not forget that you need some sort of off-site or cloud backup overall in case some catastrophe happens to the home or office where your Synology is located. There are many ways to accomplish this, including (1) Synology includes “Hyperbackup” software which can automatically back itself up to Dropbox; (2) Arq can do an automatic regular backup of your computer to the cloud; or (3) You can set up a 2nd Synology NAS at a different location (perhaps home vs office) and let Synology automatically back one up to the other.

Oh, amazing. I have my whole computer backed up offsite via Crashplan, and I also use Dropbox for all of my document files, etc. So it sounds like I could set up Synology to use as my onsite backup and Webdav server for my assistants to access my database remotely, then also back up that whole thing to Dropbox (and/or crashplan) … which seems (somewhat) straightforward (as long as I can figure out how to set up the Sinology situation. Hah). Thanks!

A sync store is a special folder that fills up with many smaller files. It’s not one large file that gets transferred.

If this is a snapshot-style backup it may be fine to use. If it’s advertised as continuous backups, it may not be data-safe for DEVONthink databases.

Hyper Backup backs up your data and keeps it in a proprietary database which can be easily browsed, downloaded or restored.

HyperBackup on Synology runs on a schedule and is not “continuous” far as I know. That being said, I exclude the Time Machine backups folders, along with DEVONthink sync locations from backup as both probably are worthless to backup (in my backup regime). I do send DEVONthink Archive Zip files (which are created on a schedule of about one per week) to the Synology NAS and they are routinely backed up by HyperBackup. The target destination of these backups is a USB drive attached to the Synology NAS.