It is extremely useful: I can see not only the title, but also a content of a given note.

I’ve noticed is a similar feature in DT, but the font is extremely small.

Is it possible to increase font in thumbnails to make them readable?

If not, please treat it as a feature recommendation

The thumbnails are just the default ones created by macOS’ Quick Look in case of text documents, therefore the only possibility is to increase the thumbnail size. Scrivener’s display doesn’t look like thumbnails at all, it’s probably a short summary of the document?

That is not a thumbnail, that is “summary view” (sorry, I don’t have now Scrivener to look into right name). It is done specifically in Scrivener to see your summaries and help moving around scenes etc…

Many thanks for explanation, and apologies for not being precise.

@palindrome21 team: please treat this as a suggestion for a future development.
Such a “summary view” is very helpful,

I need this feature too. Evernote have a card view where we can see multiple notes with a glance. 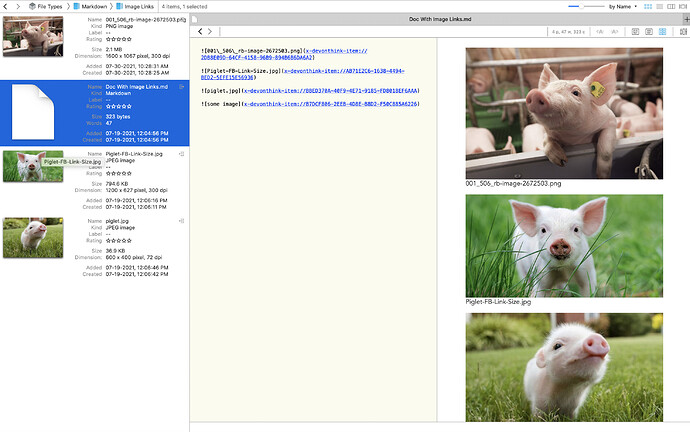 There are still something differences. When we want to review text notes for a week, it is comfortable to have a bird’s eye view to see the content of multiple notes, not just the title (especially for ZK notes, which requires a lot of notes to be created). In fact, the thumbnail function is not practical for text now, it takes up too much space but there is no effective information (for pictures, it is very useful). The following are Evernote’s Card view and Scrivener’s Cork Board. 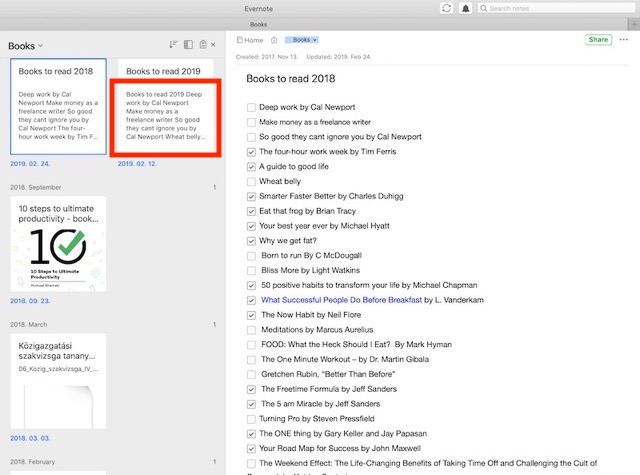 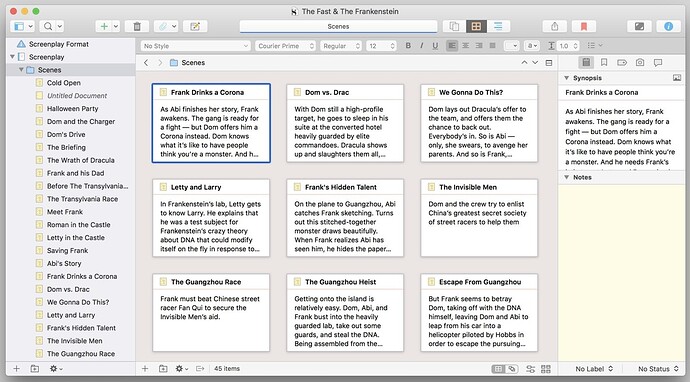 It’s something DT is not supporting well. DT is great to collect and store stuff but lacks a few of those GUI related ideas to support outlining and synthesis. I also praised this feature several times and suggested that a preview of the content could help overviewing notes and thereby helping to create notes from notes.