Hello all,
Yesterday I upgraded from DTPersonal to DTPro and had a couple simple questions regarding the ~/library/Application Support folder.

In addition to deleting the DEVONthink.app from Applications, I’ve deleted the DT Personal Sorter folder, as that is a leftover from DTPersonal.

Now, between the DEVONthink 2 and DEVONthink Pro 2 folders, there appear to be several duplicate items.

My database is in a folder titled Files.noindex in the old DEVONthink 2 folder. Can this be safely moved to the Pro 2 folder? How can I combine these two folders to avoid redundancies and unused, leftover files? The new DT Pro 2 folder is only 3.2 MB whereas the DT 2 folder is 7.25 GB.

Thank you for any assistance. 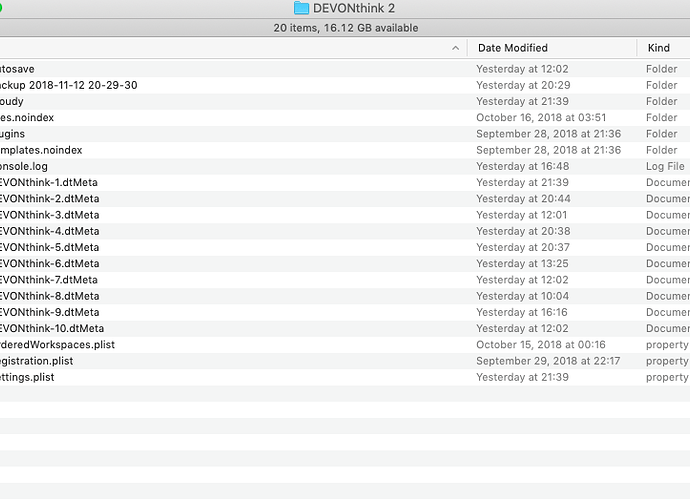 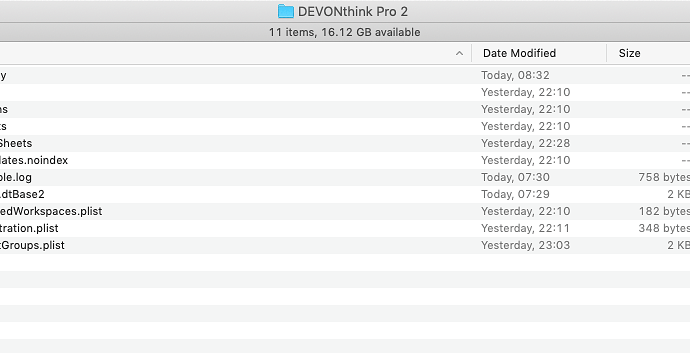 Thank you for your help with this.

Can I simply delete the DEVONthink 2 folder?

Can I simply delete the DEVONthink 2 folder?

Terrific. Thank you both for your help with this. Superb support for a superb program.

You’re welcome and thanks for the kind words!