'You are here' – on (not) seeing the current DB-context, and on improving DT-UI easily

first of all as background: I am using DT more and more again, mainly thanks to the combination of it being so powerful and intelligent (as was always the case), and really progressing in steady increments in terms of it´s speed, sync-reliability but also ever nicer UI. (so thx for that!)

As there is the standing percept that DT – in spite of all it´s functional beauty – is still a relict of past UI aesthetics (this characterization is to be found regularly in the web when DT is introduced / reviewed), I thought I take shots at that notion / issue in more concrete terms; one UI issue at a time, as I encounter them.

my first feedback in that regard:
I think DT could easily improve the cognitive / orientational ‘anchoring’ of users in terms of where they are currently at in terms of open DB (primary context).

currently there are two main indicators of which DB I am currently in – and both get totally lost and ‘drown’ in the surface of signs and information, for my taste (see attachment).

In the attached views there is actually a reduced amount of information (open panes; amount of documents etc,) – and it is still very hard to be reminded of where one is at currently. I think the second view, where the two indicators of the current DB are shown, illustrate quite well how invisible they are in normal circumstances (not being marked like in the second screenshot). Of course, when the sidepane is closed there only remains one indicator of my current logical location – and it is also quite invisible to the quickly scanning / browsing eyes (to my taste).

I think in a complex application, that allows for so many dynamic views, which has so many different informational fields / contexts, and where users can (thankfully) ‘float’ very easily between DBs and even different sets of DBs, it is quite important to signal where one currently actually ‘is’.
I also think this would be quite a ‘low hanging fruit’ in terms of making the UI much more modern and practical. Improving this one – important – detail would be effectively counterbalancing the whole ‘lost in database’ atmosphere one can get using DT… 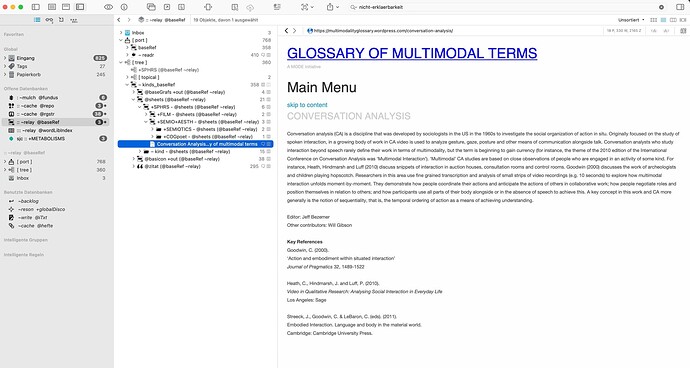 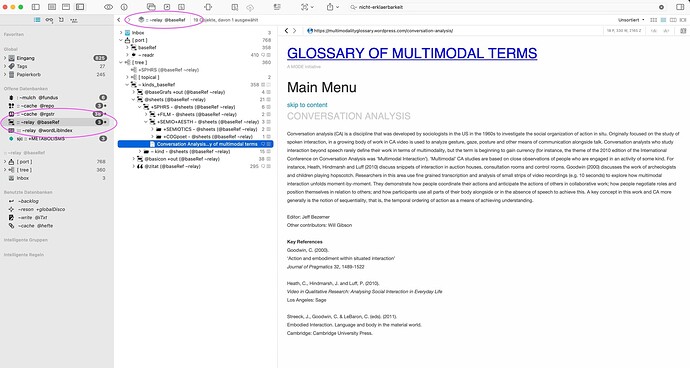 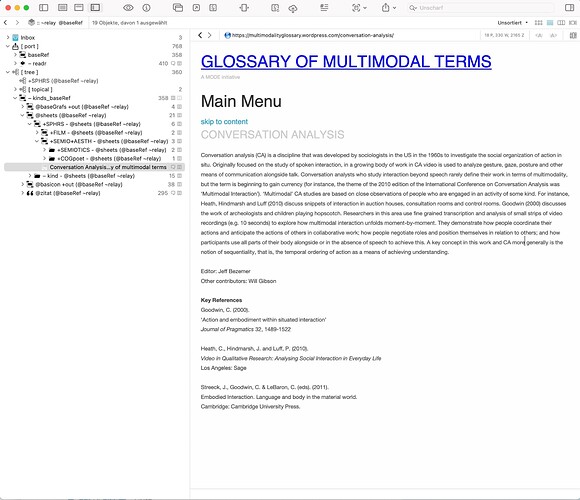 DEVONthink got a path bar just like many other apps. How could that be improved?

Where’s the difference to e.g. Finder? Or do you think that should also be improved? 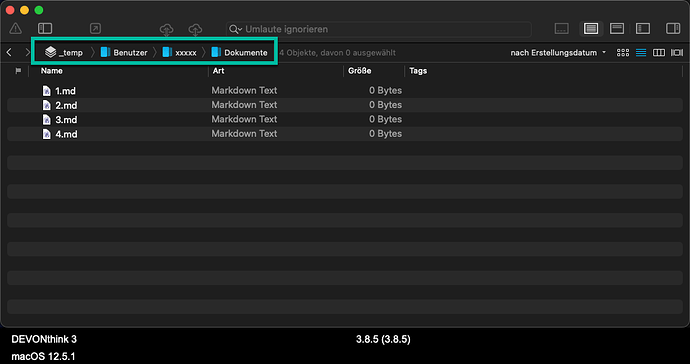 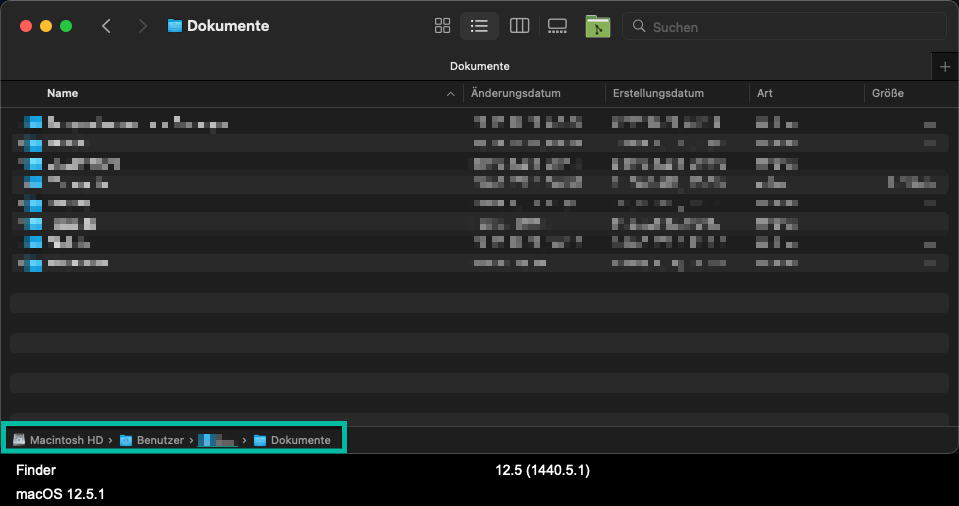 DEVONthink got a path bar just like many other apps

Where’s the difference to e.g. Finder? Or do you think that should also be improved?

I would suggest that the question is simply asked this way, or better asked/approached this way:
Do you yourself believe that DT shows you where you currently are in terms of DB – for a quick glance, or in terms of swiftly browsing the DT-UI?! - If so, then I accept that as alternative feedback. For me, it doesn’t. That’s the feedback I wanted to give. Quite simply. 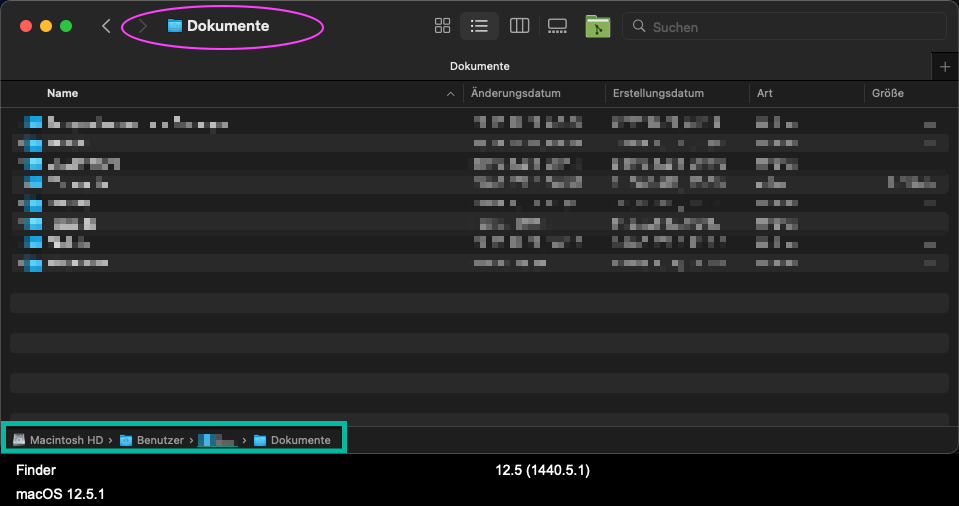 DEVONthink 2 showed the current database’s plus the selected record’s name in a main window’s title: 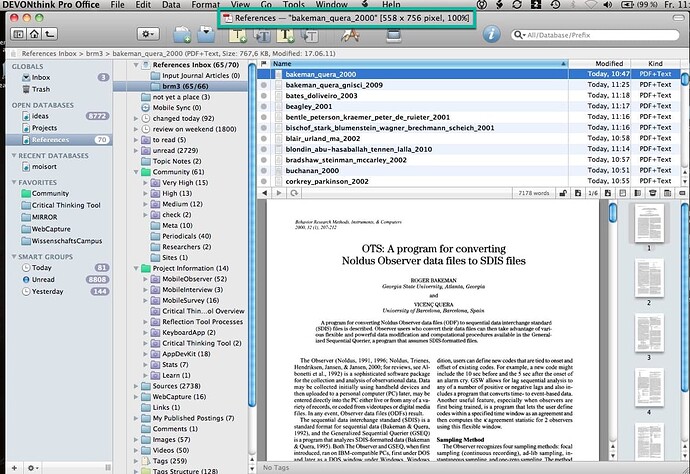 (Offtopic: Found this image via startpage.com, it’s from @DanielWessel’s blog. Daniel, thanks for “Organizing creativity”! I thought I lost my copy but turns out I still got it. Will reread it!)

And DEVONthink 3 (at least the beta) showed the same info: 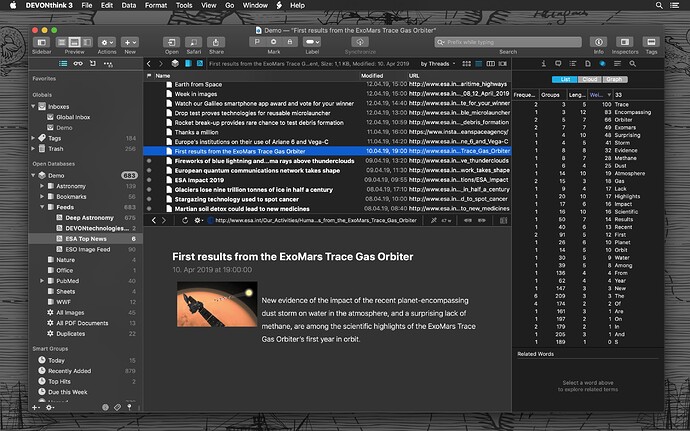 2880×1800 378 KB
Not sure whether this info was removed from DEVONthink after the beta or whether it was removed due to macOS changes (e.g. not enough free space anymore). I’m fine with DEVONthink’s path bar (although showing the database’s plus selected record’s name in the window title could still be useful).

But I can’t imagine how the path bar could be improved. What do you have in mind?

thanks Pete for ‘digging into’ this digitally

– yeah, you are right. I didn´t highlight this additional aspect, but DB-name was a sacrifice, it seems, when DEVON started consolidating the window and ‘bars to the max’.
(I also noticed ‘grey’ as ‘highlight’ within the sidepane seems hardwired, and is not affected by systempreferences of accent color – unlike the highlighting of current folder/file on overview)

I am always cautious making too specific proposals on design issues (and some other things). While trying to be constructive, I do think real developers with their concepts do not really need or want people shouting at them such very concrete decision points…

… but I do think given the whole situation of very, very compresed ‘real-estate’, and also given the ‘monochromatic’ UI of small text fields, lines, panes + boxes anything in direction of font-size increase, boldness, (decent) coloring would already make a difference.

that would be my hunch. but anything that improves this is welcome, as DT really is one of those apps that can make your mind and orientation ‘float’

the whole design philosophy of DTTG 3 is far superior in this respect.

it keeps very(!) clear where you are with an elegant big bold text line.