If I don’t remember the encryption password for my box.net syncstore or local sync store, but since it is already setup on one machine, can I simply change it on the existing and accessible machine so that I can use the syncstore on a new Mac?

can I simply change it on the existing and accessible machine so that I can use the syncstore on a new Mac?

Not unless you cleaned the sync location first.
PS: Unless something changed recently, Box no longer supports WebDAV connections.

Box sync is working on iOS and old Mac. Cant seem to set it up on the new Mac. 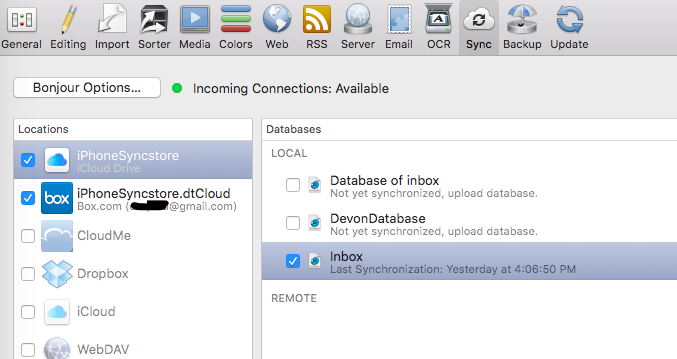 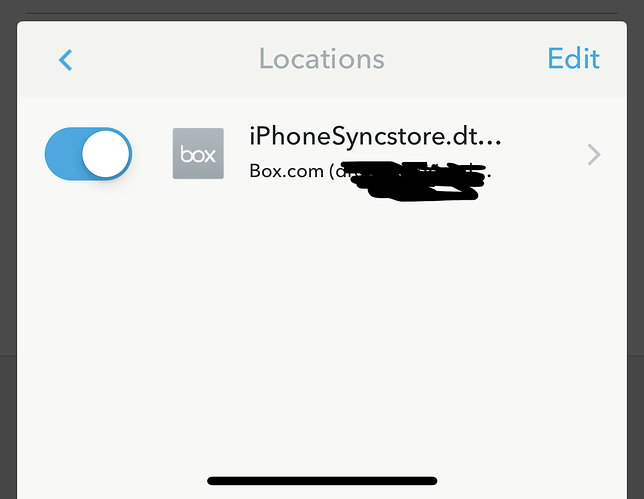 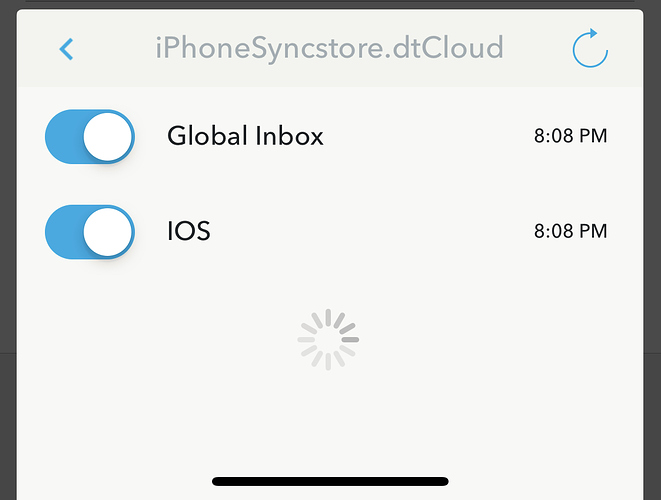 Just tested it. Created a text document on iPhone in the Database named iOS being synced via Box. It appeared on my old Mac after I opened database iOS (ignoring the warning it is already open elsewhere).

Don’t know how to set it up on the new Mac. Or even the one in the iCloud Drive (which is I think is local sync store). I don’t remember it being this hard when I set it up a couple of years ago.

Box is no longer explicitly supported in DEVONthink or DEVONthink To Go. You should read this: 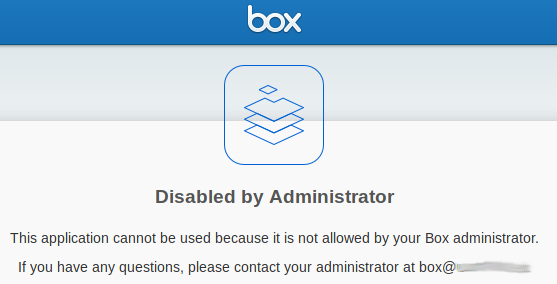 We constantly work to improve the user experience on Box, and sometimes that means removing functionality to make room for an even better product.  Please review the features below that will retire in the coming months and find additional...

They are still planning on removing all WebDAV services and suggest you find alternatives.

Also, iCloud Drive has been deprecated for some time. If you want to use iCloud, read this…

Thanks! Will have to find new workflow.

And yes, the Box sync is apparently not working Mac to iOS, but only iOS to Mac.

I am having an issue trying to synch my iphone to the mac version. I only 2 things on the mac version in the in box and I have about 18 items in the global in box on my iphone. I followed your mac instructions and it appears to be set with an encryption and on the mac it marked local inbox. I deleted icloud from the iphone version since I must have set it yesterday and didn’t have an encryption so I need to make sure to use my encryption.

I add icloud on the iphone and I type in the encryption that I used for the mac.

I actually created 3 generic databases on the iphone version and under settings, icloud, I clicked all three databased as well and it comes up with the invalid encryption key.

Did you clean the iCloud sync store first before adding/changing the encryption key? In addition, it’s necessary to use the identical key on all device.s