I’d like to be able to save tweets and tweetorials (twitter threads) to DevonThink for later review, but can’t figure out a good way to do it. When I try to clip from Twitter I either get HTML pages that say “something went wrong” or text only notes that show me only a fraction of the tweet (exclude replies, images, etc.). It seems like the only way I can get anything close to exporting an entire twitter thread is to just print to PDF and save that, which is less than ideal.

Has anyone found a good way to do this?

Twitter.com is a dynamic website and most of its content is only loaded & displayed after user interaction (e.g. scrolling), even printing is difficult. You could try to use the classic website (mobile.twitter.com) instead but it doesn’t include pictures & videos, only text & links.

Twitter’s a bit of a nightmare of ‘web 2.0’ dynamic javascript injections, as @cgrunenberg points out. One thing I’ve found to be useful is to toggle JavaScript off, then capture the page from ‘legacy’ twitter, and send that to DEVON as a web archive - there’s a KeyboardMaestro macro on Github for this very purpose.

As a side-effect, it’s a godsend when pages start complaining about operating adblockers. I have it bound to ⌃J in Safari. 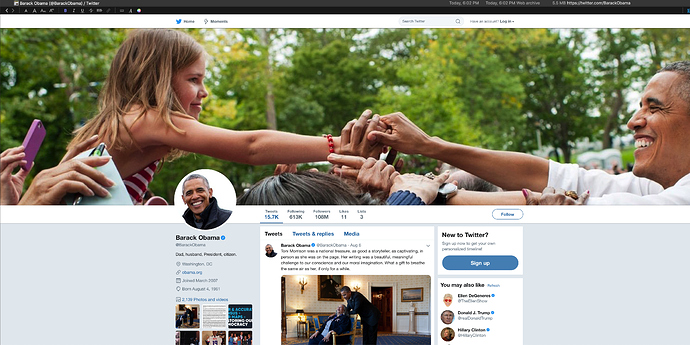 This still doesn’t give access to historical tweets though.

I tend to simply “clip as bookmark” Twitter and other forum threads which are by their very nature live contents: you cannot know wether they will expand or not between the time you clip them and the time you review them.

Have you tried capturing the threads with Instapaper then importing them into DEVONthink?

FWIW I use the Devonthink sorter (displayed as ‘menu extra’) to clip via section screenshot - the main problem there is that it won’t mark the URL or give note space to let me paste it in before clipping the screenshot. I tend not to do it en masse, so to pop into the ‘recently added’ smart group and paste the URL in the given space under ‘generic info’ isn’t too much of a hassle at all, but it could be for another user.

It obviously depends on the length of the thread, too. I’ll zoom out the browser enough that I can fit the whole thread into a single page (no scrolling), but that only goes so far until the content is no longer legible.

I also set up an email account for my devonthink inbox, so if I’m on my android I can copy the URL, easily do a scrolling screenshot (!!!), & send it via email (URL in the message box) without too much trouble. This is actually my favorite option, because (1) scrolling screenshot and (2) once the email is sent, I’m bumped right back to where I was on Twitter and can keep scrolling through my feed, no need to open up Devonthink before I lose track of the URL.

I finally found an expedient way to save twitter threads.

Interesting find. Thanks for sharing.

I wanted to save a Twitter post as web archive, but got an error when viewing them in DT. So I clipped as bookmark, headed over to DT and converted the bookmark to a web archive. This way I can view the post without error.

MaxQDA looks nice but it doesn’t seem to capture images and videos.

Thank you for the idea and it has some cool analysis features, for sure.

I’ve been using tweetdeck.twitter.com.
I found that the only way to capture the tweets there is by using Formatted Note.
The other formats have the nasty problem of refreshing when you open them…
But formatted note keeps most everything nicely and tweetdeck.twitter.com gives a pretty nice way of viewing a few tweets.

Not all tweets are shown, but if you are needing to save the most recent and you can follow the subject closely, it will allow you to capture everything nicely.

What would be nice is to have a way in DT3 to capture a search of any kind and have it go through and create documents for each tweet in the thread capturing an archive quality version.
I’d like to have the image or video attached to the tweet included.

For now, I’ll stick with Formatted Note and use tweetdeck.

Clipping with this new version of DEVONthink 3.8.4 has introduced a crashing issue for me.
But even before it has a tiny issue I should probably explain here… just in case it can be fixed…

Any luck with this problem with DT3 and tweetdeck.twitter.com?

If you open tweetdeck, open a tweet and then use formatted note to capture it, that works,
but when you hit the back button, DT3 opens a new, blank window and if you do this more than a few times, DT3 crashes. It also adds a download entry to the downloads window

Can we at least

Then perhaps we can fix the crashing problem.

It wasn’t crashing in version 3.8.2 and earlier.

Which version do you use? Version 3.8.5 should fix the crash.

Still crashing for me. 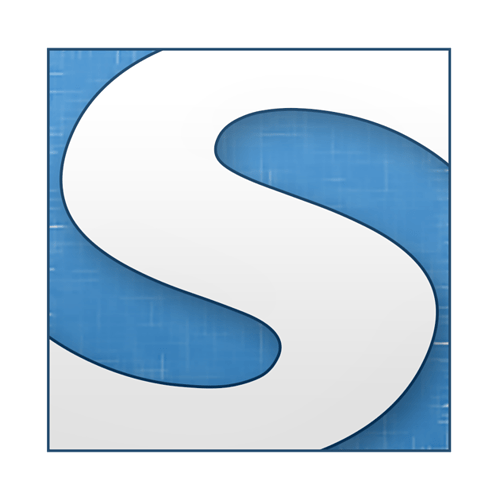 ‎Capture full page screenshots in Safari on Mac. Create PDF files from web pages including hyperlinks. Instant screenshots are stored locally, and produce no traffic, the app can work offline. No ads, spyware and unnecessary permissions - you're...

Fireshot now has their beta available on Mac.
I’ve been using it on PC for a while and kept bugging them to make it work on MacOS.
They’ve done it. It’s not yet as powerful, but it will let you quickly generate PDF screenshots that inclde text and hyperlinks.

Fireshot now has their beta available on Mac.
I’ve been using it on PC for a while and kept bugging them to make it work on MacOS.
They’ve done it. It’s not yet as powerful, but it will let you quickly generate PDF screenshots that inclde text and hyperlinks.

Please choose Help > Report Bug while pressing the Alt modifier key and send the result and a web archive causing the issue to cgrunenberg - at - devon-technologies.com - thanks!

Looks like Tweetdeck will soon change.
Twitter is revamping it and they are prompting to test it.
It doesn’t work as nice as the current version, so I’m going to stop using it.
I looked harder for a replacement this time and found something that works very nice:
https://nitter.net/

This is a twitter client and allows you to be anonymous.
It’s very nice because it doesn’t use javascript and therefore the web archive mode in devonthink works perfectly for a capture. In addition, the title of the post is captured as the name of the web archive, making it a lot nicer than “tweetdeck” for every post as I was dealing with before.

That generates a nice title up to 150 characters from nitter and gives you a high quality video download.
Images can be downloaded inside DT3 by opening them and choosing capture image. But I couldn’t figure out the videos, so those I will just use terminal command.

If you have the crashing situation for tweetdeck still in the backlog, feel free to toss it aside or mark it as a lower priority if there is nobody else requesting.

Thanks for all your help, as always. Hopefully this idea will help some other people that need or want to save information from Twitter. I find it very nice short of DT3 offering some sort of integrated tools.

Nitter.net does allow an RSS feed and that can be put into DT3 as a feed folder so might be handy for some people as well.