EDIT: For the latest working script and examples of converted files scroll to my latest posts.

I have a bash script which converts MD to PDF using pandoc. I also automated it for Path Finder using AppleScript and Keyboard Maestro. But I want to do it right in Devonthink. I’ve seen the script in DTPO, converting files to PDF, but don’t know how to make it work with the shell script I have. Here it is:

I’ve uploaded my KM macro, if anyone would like to play with it. You can make it work from Finder or other app. But you need to install pandoc and TeX.
Markdown to PDF.kmmacros.zip (1.6 KB)

So, I’d appreciate if anyone could help me make this shell script work with the AppleScript we have for converting to PDF in Devonthink

What part specifically are you needing assistance with - invoking a shell command or DEVONthink specifics?

I would like to incorporate the shell script above into current DEVONthink AppleScript, converting files to PDF (it is in Convert folder of DTPO scripts)

I know how to make it work with Finder, but I need it to work with DTPO directly

BTW:
A future release will support conversion to PDFs both via the user interface and via AppleScript without third-party tools.

To use pandoc, wouldn’t you would have to call Terminal?

Maybe you can work with something along these lines:

Using shell script / CURL you could make use of e.g. Docverter somehwere along these lines:
(https://docverter.com/api/)

DTPO has no idea what to do with the received PDF though. I don’t know how to fetch the file and place it inside the current group. Perphaps you can get the location of the file and use it to construct a path. I’m too unfamiliar with the architecture though, sorry.

None of this working code but merely some ideas.

Edit:
Using this: how to get the path to a group I reckoned the Terminal approach might work, but in the end I’m promped with some unicode problem.

Thanks all for the answers,

Finally I did this!
So, If anyone has all these pandoc stuff set up, with its extremally-flexible-to-fine-tune and beautifully-looking PDF output, you may use this script (thanks to Christian Grunenberg for the original script):

Just a few words about tuning:

Create fully functional and professionally looking PDFs from your working MDs, right in your groups in one click. A good solution for those who uses heavily in their workflow the nice function of DTPO and DTTG to clip a web with a clutter-free markdown.

PS
@cgrunenberg, could you please come and say if all is good with this script. I tested it and it works fine and stable. Just in case I didn’t take into account some deep Devonthink matters.

Loading the document in a window is actually unnecessary in this case as the rendered document isn’t used. In addition, the bundle identifier shouldn’t be used to script DEVONthink so that scripts are compatible to future versions/editions. Here’s a revised script:

A little update: now script can handle long filenames with almost any symbols and spaces in them (added quoting in shell script).

And here are some random PDFs, which are made using this script, after clipping web pages in a clutter-free markdown (without any formatting):

This is how nice word document looks from the same markdown:
What Is Long-Form Content and Why Does It Work?.docx.zip (669.7 KB)

Again, no any editing! Just converting from MD.

Thanks for sharing the examples. A visual of the output will certainly be helpful to those interested in this process.

For those who don’t know how/want to use Pandoc (which is great) and would feel more comfortable with a GUI option, I definitely recommend Marked 2 by Brett Terpstra. There are a ton of features including custom CSS files and exporting to various outputs. I’ve used it in tandem with most of my multimarkdown editors for years and it works great with Devonthink via the “Open with” menu item.

If you include your own CSS in Devonthink MD files, then you can simply Print to PDF using the built-in Mac dialog.

Is this implemented already in DT3?

A belated thank-you for this, @Silverstone and @cgrunenberg. I appreciate DT3’s built-in document type conversions, but the flexibility of pandoc is also welcome.

I do a lot of writing in Markdown but I have to send Word files to other people, typically with consistent styles. pandoc’s ability to copy Word styles from a reference document is very useful here.

If anyone happens to be playing around with reference documents, I have a query. pandoc’s --data-dir option works for me (it looks for a file named ‘reference.docx’ in a specified folder). A more flexible option is --reference-doc=, where you specify a filename and so you could choose between different sets of styles. The latter option works when I run it from the terminal, but within this script I get an error message about the reference file not being UTF-8. The shell script seems to find the reference file OK, so I don’t think it’s an issue with escaping, POSIX path or whatever. Suggestions appreciated.

PS: I find the escaped pandoc string hard to decipher, especially when you start adding more arguments! A tiny tweak is to build the string first: set myPandoc to "export PATH=..., and then: do shell script myPandoc. The AppleScript variable myPandoc is a bit easier to troubleshoot.

BTW Typora also uses pandoc to export markdown files to various formats, including Word and PDF. So if have this as your default Markdown editor, double-click the file and export.

I took the script and added support for Keyboard Maestro variables as parameters. Perhaps it could be useful to some here. 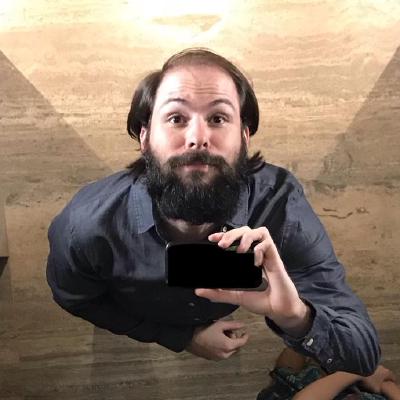 My Keyboard Maestro Macro Library. Right now you'll find macros for working with DEVONthink 3, for using Pandoc and Multimarkdown and for searching both the TLG and LOEB Classical Library. - bc...

Is there anyway to add to the script to convert devonthink URIs to the file path so that pandoc recognizes the image path?

If I understand you correctly, you want to massage the Markdown file before passing it to Pandoc so that contain’s file references instead of DT3 references?
That might be possible by modifying the plaintext part of the record, finding all the x-devonthink-item references, replacing them by the path in the record the URL points to and then passing the modified text onto pandoc.

Personally, I’d not want to do that in AppleScript, because its string processing sucks. Oh, and while you’re at it: I’m not sure that spaces et al work ok in a filename like the one you mentioned. So maybe you’ll have to URL encode the path while you’re at it.

I am trying to re-implement the script to convert from docx > markdown. Although @Bernardo_V’s script is great it is way too sophisticated for my needs as I just need this one translation and want this to happen automatically on a folder via a smart rule in DT3.

So far I was not successful.

I adjusted the following part:

That is what I get:

This bash works for me directly on the shell:

Your shell is probably zsh. Applescript does not use zsh, so you need to export the path. Hence the first part the the command:

You might be fine if you add it. (Didn’t test)

And of course @Bernardo_V is probably right about zsh