I’m desperately seeking to run Devonthink under Windows (10). If there is ANY way of doing that, maybe even a Win version in development, or failing that, a workaround you could advise me on…that would be HUGELY appreciated!

Thanks much in advance

I would assume the only way to do this would be in a virtual machine running macOS. I’ve seen no suggestion of a Windows version of DT being on the roadmap anywhere (albeit that DT don’t talk openly of their roadmap).

One expensive way is to buy the web edition and run it on a Mac mini. You can then access it from a web browser.

Thanks to both of you.
I rather go with the virtual machine, then, although cumbersome and hopefully able to still sync with the iOS version.

I totally don’t get why no Windows version is being done. The app has been around for a while - seems like a huge gap!

No gap. We are developers for the Apple ecosystem and despite any recent flaws still consider macOS and iOS to be the best of breed.

Developing such an app for a different OS is like rebuilding the whole thing from scratch. With probably far less support for low levels calls on Windows. Such an undertaking is absolutely not the trivial endeavor you seem to think, so DT stays on Mac by design.

This is what I’m doing for access from my work computer.

albeit that DT don’t talk openly of their roadmap

maybe a cheaper option for non-professional use of the cloud server (especially for personal access on a windows machine) would be simply great… furthermore, would it be an option, that devontech offers a webinterface to access a cloud storage (google drive, onedrive, icloud) via the already existing webserver? I have asked this in the past, but haven’t really understood why this is not attractive for devontech? so they would not be responsible for the data storage (the user has it’s own cloud service to store the data), the only thing that devontech would just direct the webserverinterface to such a service…

furthermore, would it be an option, that devontech offers a webinterface to access a cloud storage (google drive, onedrive, icloud) via the already existing webserver?

The current cloud storages are not really suitable for the web interface but this might change in the future.

none of them? even if you would offer a webinterface that is able to connect to data stored at a certain and one provider would be enough (amazon or google) for example… this would solve the windows issue completely, as it would be possible to access the data from the macos app and also via your webinterface (the development is already done as the webserver already exists). you would not be responsible to run a datacenter. you would not have to develop a windows version. you would not have to develop a new software (the webserver already exists, you just redirect it to a cloud service instead of a locally installed server by the user)… what do you think about it?

Adding support for one would be insufficient as users would demand we support others. We already deal with this regarding sync… and also the question of platforms being originally discussed.

you would not have to develop a new software (the webserver already exists, you just redirect it to a cloud service instead of a locally installed server by the user)

I don’t speak for the DT people, but I do not think that it works this way. “redirect to a cloud service” is of course sufficiently vague to make it sound plausible. But think about the details: DT would have to write this “cloud service” if they were to access their data stored on this cloud provider’s servers. DT is Mac software, not Linux or Windows. Even DT’s own web server runs only on a Mac, because (I suppose) it is basically exposing their data through their own software to a webserver. The webserver is most probably just a standard one, like nginx or Apache.

Now, I’m not aware of any relevant cloud service provider offering MacOS virtual machines. If DT needs MacOS to run, how would they do that in “the cloud” without MacOS? Basically, they’d have to write their software for Windows or Linux. Which they are obviously not going to do.

It is not about a “webinterface that is able to connect to data stored at a certain” cloud provider. That would be nearly trivial. But you want DT’s functionality, not simply a view on your data. Otherwise, you could just make your data available via SMB or something similar and browse it. No need even for a web server.

This is by no means a small task and would require significant development time and resources. DT encrypts data AND stores it in compressed and serialized chunks to make the transfers faster.

If you like DT so much and find it’s such a great product, as we all do, you can certainly trust the devs to be very clever people who are not letting business opportunities slide by oversight.

As far as running MacOS in a VM, good luck with that. VMware will not do this out of the box; probably some handshake deal with Apple. There are people that are using various hacks and things to get it done, but in my experience, it runs like a slug. The best options are:

If you really need to run in from a Windows machine then I think you have two viable options.

Set up a cloud-based Mac and access it from Windows: 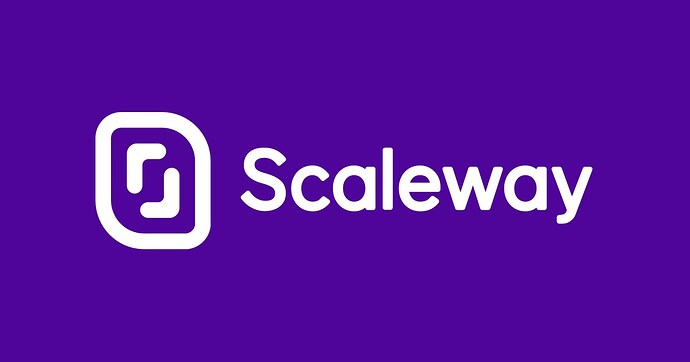 Scaleway, The Cloud that Makes Sense

Run a powerful macOS machine and run Windows in a VM and do your Windows work there.

I have run MacOS in VMWare “out of the box”.

I needed access to some old applications, that were never upgraded. I read the directions and it worked well.

MacOS on Windows with VMWare

The first sentence there says: “be aware that you may be violating the Terms of Service, License, and/or EULA for Apple and VMware.”