I have a 500Gb internal SSD with approximately 100Gb free. This has been consistent for some time. However, since installing the DT3.0 beta, I am getting regular out of space messages and can see the storage fluctuate on my desktop. For example, as I’m typing this, disk space has decreased by 10Gb.

I know that the OS writes to the disk regularly and that some fluctuation is natural, but I have not seen anything like this.

I suspect this has something to do with how DT3 is indexing my iCloud Drive. When I set up a new database with iCloud Drive indexing, MacOS initiated a download of my entire drive.

I haven’t been using DT for some time because of its hideous interface and resource-hogging. I had high hopes for version 3.0. Is there a way to safely remove iCloud Drive from my database without deleting all my files? (Thanks two-way syncing – which is nowhere flagged in the set up!)

Is there a way to safely remove iCloud Drive from my database without deleting all my files?

Just move the top (!) level indexed group to the trash, then empty the trash - you should get a warning wether items on disk should be deleted too.

This is precisely what I did last Friday. I received no warning. MacOS proceeded to download my iCloud Drive all over again.

So I created a new database from scratch and copied over non-iCloud Drive content. And lo, iCloud Drive appeared half way through the transfer process, despite the fact that I had not chosen to index it in the new database.

Yes, this is a beta – but with so much critical material stored on iCloud Drive, this needs urgent attention, if it is anomalous behaviour.

This is precisely what I did last Friday. I received no warning. MacOS proceeded to download my iCloud Drive all over again.

This is completely controlled by macOS & iCloud when/how files are downloaded or evicted and performed in the background independent of DEVONthink.

I presume it is for Devonthink, and not MacOS, to issue " a warning wether items on disk should be deleted too"? If so, it did not do this.

I presume it is for Devonthink, and not MacOS, to issue " a warning wether items on disk should be deleted too"? If so, it did not do this.

Yes, the alert should be displayed by DEVONthink if you trashed a top level indexed group, meaning that it’s not located in other indexed groups. We’ll check this.

Alert is indeed shown over here after indexing a test folder with one file in Cloud Drive, trashing the indexed group and emptying the trash. But alerts can also be disabled by the user (to reset warnings see Preferences > General).

They haven’t been disabled in my version of the app.

So in this instance, the app burped and deleted the content of my iCloud Drive, which has presumably resulted in the anomalous disk-writing activity I’ve been seeing.

As it’s a beta we do not recommend to use it in production environments (and definitely not without a good backup strategy).

What a strange response to a user reporting what is patently a bug in the app’s public beta. Don’t ask for logs, don’t ask for further details; just pan the user off with the ‘don’t use in a production environment’.

As a beta tester for Apple for nearly a decade, I know the drill.

Here’s the video evidence of the lack of warning on deletion of the indexed iCloud Drive folder:

On further investigation, it appears that Devonthink is forcing Spotlight to constantly re-index, with the result that Spotlight is eating disk space. 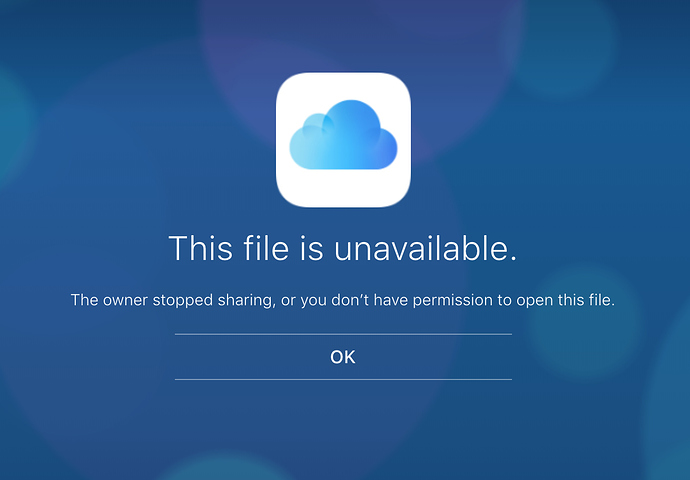 I note it was viewed three times before you’ve posted this.

I have had to export the non-indexed contents of my main DT database (for the fourth time), delete the DT database, purge app caches, then sign out and sign back into in iCloud on my Mac. iCloud Drive is currently syncing – hence, why the link may be dead.

This fifth new version of my DT database does not and will not be indexing iCloud Drive while what seems like a cack-handed implementation is in place.

Is DT3 using CloudKit or does DevonTech still insist on using its own version? (I know the answer – ‘Devonthink Sync Packet’ in my iCloud Drive tells me what I need to know; I don’t see similar solutions for Bookends, Ulysses, Readle apps, etc., etc.).

As I said at the top of this post, I’ve avoided DTP for some time. I had high hopes for version 3. Does it look better? Certainly. Does it work better? It’s not looking good. It hangs on both my Macs on launch; it hangs on syncing; it was repeatedly downloading the content for iCloud Drive every time the damn app was opened (at least that’s what the tray notification said). And its notifications when removing indexed folders don’t work.

Our sync engine does not use iCloud Drive nor does it use a DEVONthink Packet Sync folder in iCloud Drive. That is old and unsupported.
DEVONthink uses iCloud, not iCloud Drive for syncing.

It hangs on both my Macs on launch; it hangs on syncing; it was repeatedly downloading the content for iCloud Drive every time the damn app was opened (at least that’s what the tray notification said). And its notifications when removing indexed folders don’t work.

Samples while it’s hanging would be great, e.g. send them to cgrunenberg - at - devon-technologies.com. Thanks!

BTW:
Did your former databases contain only indexed items? In that case DEVONthink doesn’t create its own Spotlight cache (if enabled) and the Spotlight activity might have been caused by some iCloud/Spotlight interaction.

No, previous databases contained mostly files, with a few indexed folders. I’ll see if I can get some samples sorted re: the app hanging.

So I can safely delete the DEVONthink Packet Sync folder? Oddly, I previously deleted it and it reappeared. (And I meant CloudKit rather than iCloud Drive, for syncing). Is it required for DT To Go?

Does DEVONthink To Go still synchronize to iCloud? I would suggest to clean the sync store before finally removing it, this should get rid of all disk space used locally and on Apple’s servers.

Yes, DT To Go syncs via iCloud in my set-up. Is the Packet Sync folder therefore necessary?

Yes, but it shouldn’t be visible in the Finder’s iCloud Drive window, it’s hidden inside ~/Library/Mobile Documents.

Okay; back to the drawing board on iOS as well then.

Did you use iCloud Drive sync locations in older versions (up to version 2.9.x)? They indeed used such a folder inside iCloud Drive which is now obsolete since version 2.10. But the newer iCloud sync locations which are also supported by DEVONthink To Go store their data inside ~/Library/Mobile Documents and this shouldn’t be visible.