Since upgrading to DEVONthink 3 Pro incoming scans from ScanSnap no longer are converted to searchable PDFs.

I updated the ScanSnap Profiles to send scans to DT3. And the OCR preferences in DT3 are set to convert incoming scans to searchable PDFs.
Anyway this doesn’t work. DT3 gets the PDF from ScanScnap but OCR has to be triggered manually.

I read in the forum that another user could fix this by uninstalling and reinstalling DT3. I did that, too. But it didn’t fix the problem.

Did anyone else have this problem and could solve it?

Welcome @sayho
Are you using ScanSnap Manager or ScanSnap Home?

I just tested it here and it’s working as expected. Is there anything in DEVONthink’s Window > Log? 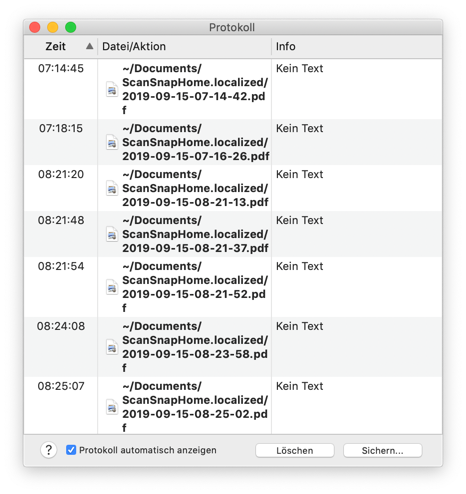 I just came here to make the same report…

I just upgraded two of my computers to DTP3 yesterday, an iMac and a MacBook Pro, both running Mojave. I have the same problem but only on the iMac. The MacBook installation does the OCR correctly and creates a PDF+Text document but the OCR does not happen on the iMac installation.

Interestingly though I did a test scan using VueScan and an Epson flatbed scanner, sending the scanned PDF to a folder with a folder action to send the document to DTP3. In that case the document was imported into DTP3 and the OCR was performed.

Do you need another bug report or is the one sufficient?

Do you need another bug report or is the one sufficient?

Reminds me of the days we had to whack the side of the television to make it work!

Glad to hear it. We’ll take a look at this. Cheers to both of you.

Hi, I have an other trouble, previously in DT2 after the OCR scan with my Snapscan, an window open automatically and I can change the default name of the pdf and I could add keywords in the field separate by tabulation key.

It’s possible to have the same UI in DT3 ?

Hi, I have an other trouble, previously in DT2 after the OCR scan with my Snapscan, an window open automatically and I can change the default name of the pdf and I could add keywords in the field separate by tabulation key.

Did you enable the option to enter metadata after OCR in Preferences > OCR?

I don’t have this choice in OCR Pref … 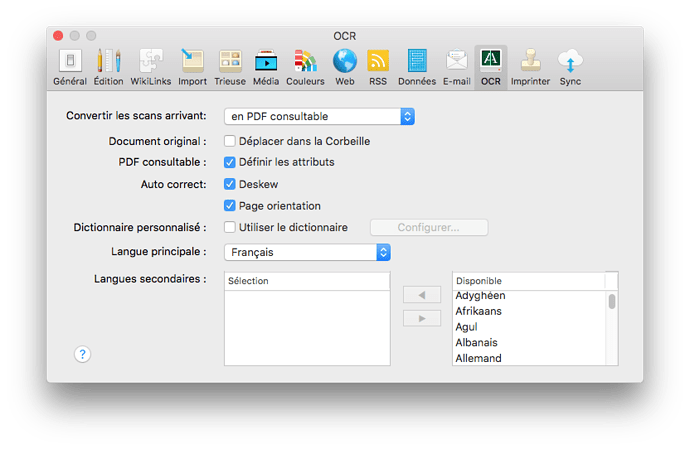 Hi, ok. I uncheck an re-check the options and restart DT3,it’s go back to normal status.

Hi guys,
great job you did with DT3. Looks nice. Just wanted to let you know that I also had all of the issues mentioned above:

With the options above working again, I am back to my old routine. There’s only one thing that strikes me as odd:
With DT2 I was able to scan multiple docs in a row, return to my Mac and I would name one by one because they all had been processed already.
With DT3 that doesn’t work any more. I can see the queue in the lower left hand corner. And I can see that OCR of the next document only starts after I have entered the Metadata and the “Exporting” bit has finished.

Do you think you can install an option that all the scans are processed before the Metadata is entered in a batch?

Welcome @BlueFish
Thanks for the kind words!

Do you think you can install an option that all the scans are processed before the Metadata is entered in a batch?

DEVONthink 3 is not using the same OCR engine as DEVONthink 2, so Development would have to assess this.

Same issue with SnapScan and DT3 on my side. The Activity Windows stays open and no PDF ist imported. Workaround with disabling/re-enabling in OCR section didn’t work

What are your profile settings in ScanSnap Home?