Often when I create items in DTTG, the existing tags aren’t suggested as I type them. I’ll have to type them out completely. But then I got duplicated tags that spell exactly the same, under the same database.

Is there anything I’m doing wrong or is this a bug?

During a quick test, DTTG showed me pre-existing tags after I had typed the third letter; it takes up to approx. a second to do so, though. The behaviour isn’t as I had expected, though - I also get tags shown which aren’t obviously related (as subject matter goes, they are related - but not technically); also, in the following example, if I type a fourth or fifth letter and then delete that/those letters, going back to three letters, the tag suggestions change. I’m not sure this is intended behaviour (but I’m also not sure it is related to your query) - does DTTG use some form of AI to guess relevant tags? 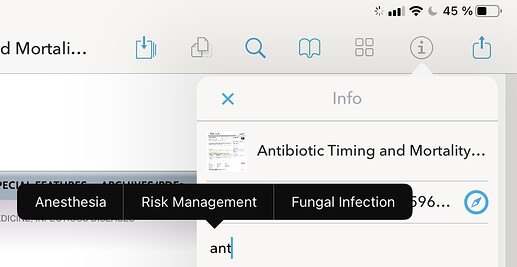 Well the issue I mentioned doesn’t happen all the time either. But when it happens, I can’t even get rid of the duplicates.

I’ve seen your issue as well. It’s really inconsistent what tags are suggested. 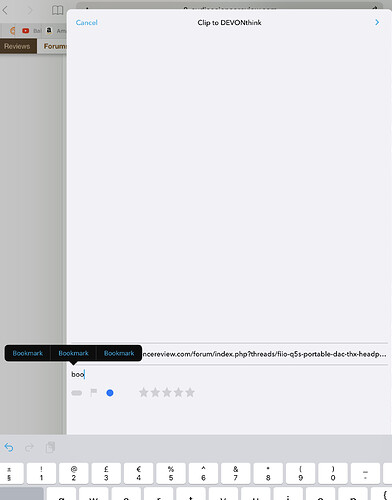 Are there items in the duplicate Tags in the database in question?

If you’re running DEVONthink, do you see the duplicated tags there?

I would suggest merging the duplicate tags in a database in DEVONthink.

Also, if you have a way to consistently reproduce duplicate tags in DEVONthink To Go, let us know steps to follow.

Can you point me to the steps to merge the tags? I can’t seem to do it in DTTG.

It’s not possible in DEVONthink To Go. I referred to DEVONthink.

This is happening to me still quite often. I don’t know the exact steps to reproduce. But this definitely happens when existing tags are not suggested when creating new documents.

A possibly accompanying issue is that all document counts in smart groups and trash are unavailable (displayed as “—“), which is not fixable by running the fix url command. Sometimes the counts re-appear after restarting the app completely but disappear shortly.

(This is all observed on beta as well.)

Do you have a support ticket open on this?

In DEVONthink To Go, select ? > Contact Us / Send beta feedback to start a Support Ticket. Thanks.

This seems to be an old issue. There was similar report before here.

I would like to add to this issue: Yesterday I added a couple of documents to a database with DTTG 3.0.3 and set the tag to “biodiversity” (using autocomplete) and today this is what I see (don’t know whether syncing added to the problem): 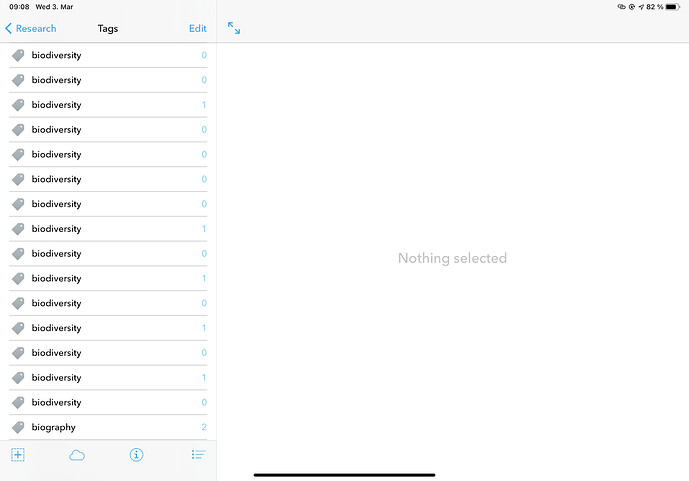 On the other hand I also added the tag “ESD” to some of the same and other files and it did not get duplicated.

Should I open a support ticket or are you guys already on it?

We are aware of the problem and version 3.0.4 should correct this problem.

Will the fix include merging duplicate tags or do I need to do that by myself?

Are the duplicates only showing in DEVONthink To Go?