I don’t really know what is going on but I can’t delete the space is taken DEVONthink to Go on my iCloud disk. 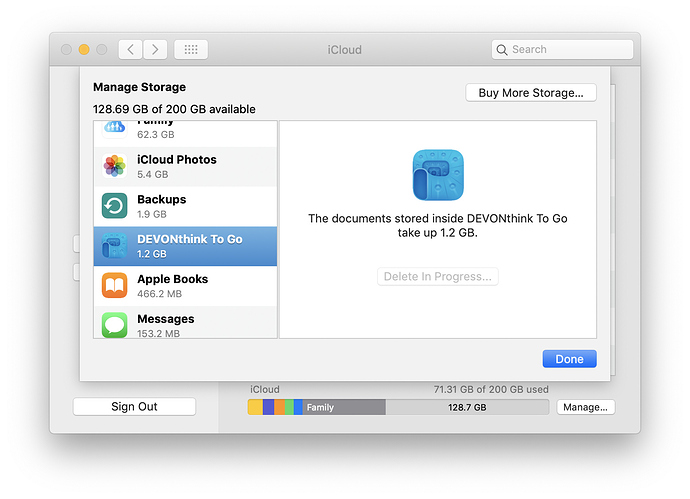 However, and after a while, it return to the beginning state. 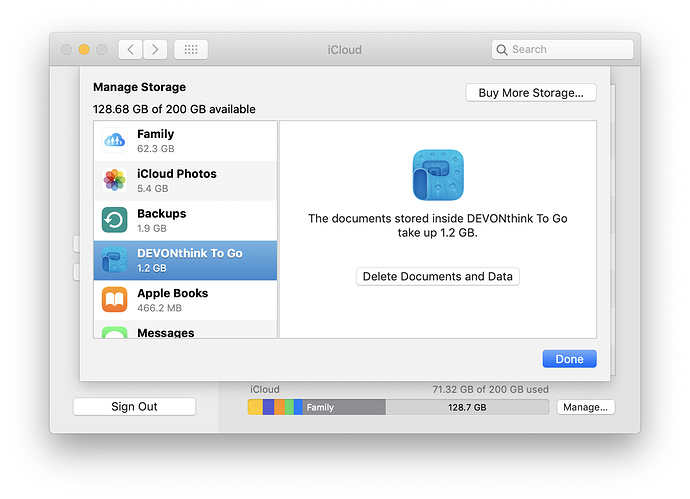 By the way the DB I’m syncing it’s just ~600mb and double the space it being take. Why?

Note: This is not in our control. This is Apple’s preference pane and mechanism.

I was guessing something like that. But for me it’s really weird that I can’t delete it.

I’ve deleted the app from my iPhone and iPad just in case it’s related. But not avail.

do you have external References in the Database?
That would explain the size difference between Data in your Database and Data in the iCloud

What do you mean with external reference?

If you index files, instead of importing, they live outside of your database and are not counted towards DB size.
If you put that database into iCloud, it uploads those files.

No as far as I know. Everything is inside my database.

Anyhow, for me the important thing is the deletion. I wanted to delete and start from scratch the sync.

There is an interesting additional problem. 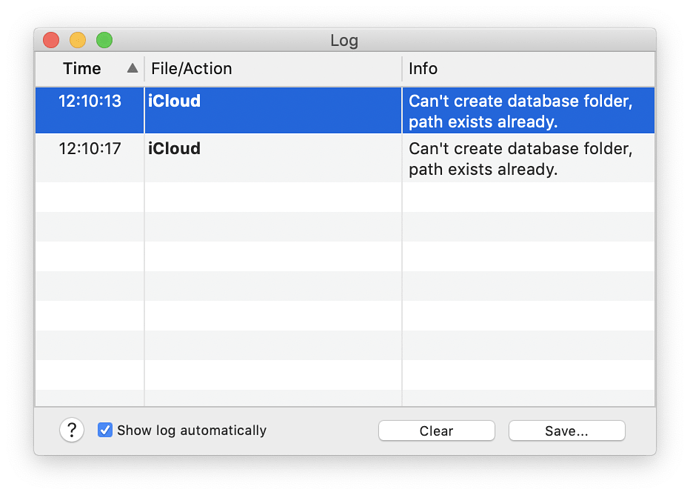 Why not delete from within Devonthink?
Maybe the Desktop App/ICloud Logic recreates the iCloud DB when it realizes that it’s gone?

You delete the Apple-Cloud Data so maybe that triggers a sync from Mac to Apple-Cloud?

You just pointed me to the right direction, at least for the macOS issues. But think something fishy is going on with the iCloud Storage. 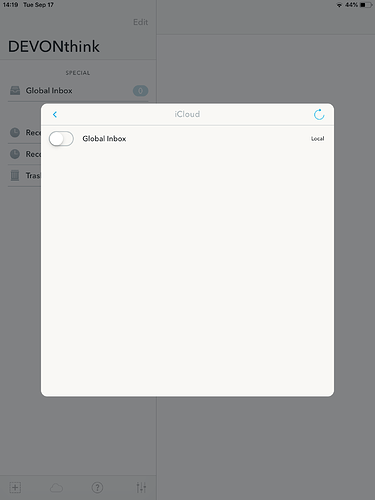 By the way, I don’t know if you were right or something just was fixed, but now it’s deleting.

Ok… seems that I’ve resolved the issue… but I have to play around a lot with all the apps. Seems that now is syncing as it should.

The size of the storage is growing again, I hope this time doesn’t reach the double and stays in a similar to the one the original database has.

That is exactly correct. And discussed in Help > Documentation > In & Out > Sync (and many places elsewhere on these forums)… 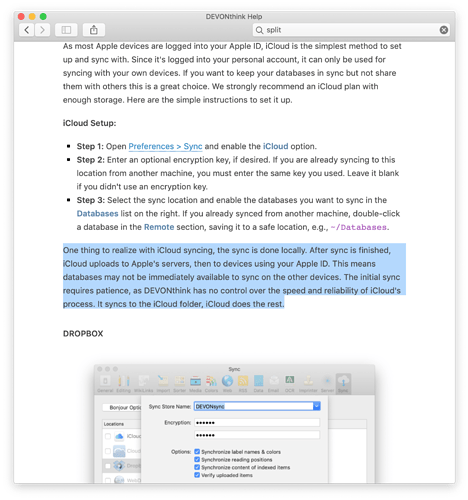 do you have external References in the Database?
That would explain the size difference between Data in your Database and Data in the iCloud

The issue is resolved now, as I said before and now the space used it’s much much less 237mb 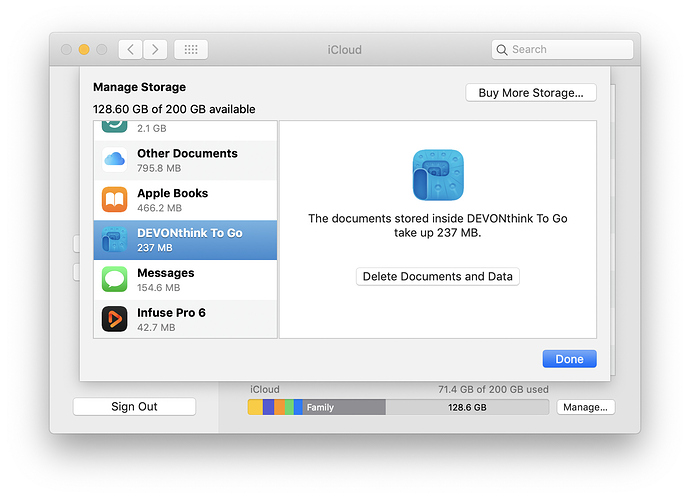 Which is the same size as the database in DT3 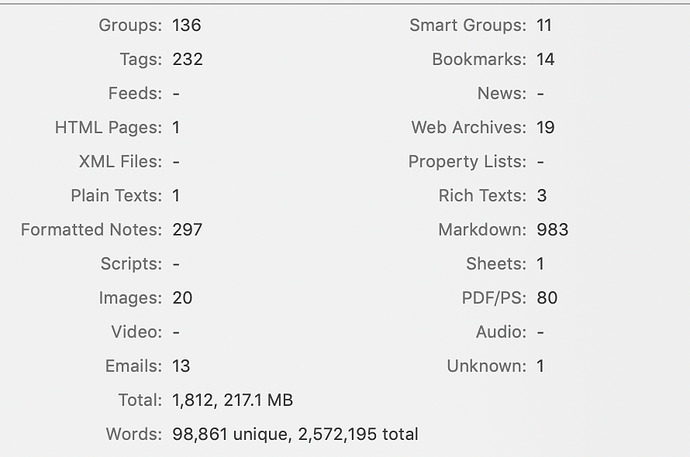 However in finder the database is ~600mb

Any idea why this almost 3 times the size in Finder? (just wondering)

Correct - the internal metadata backup accounts for part of the file size in the Finder.

I have had the same problem for a while now. I just can’t delete DTTG data from my iCloud account, either from my iOS or OS X devices, even though I deleted the app from my iOS devices…

Are you also syncing a Mac?