I just upgraded from a ScanSnap ix500 to a 1600. When I scan a document it scans fine, but if I scan to DevonThink 3 and have create searchable PDF selected, the page (except for images) is black. Unchecking create searchable PDF in preferences results in the scan importing fine. If I take an existing document from my database and have it re-scanned as searchable, the same thing happens.
Running macOS 11.2.1.

I’ve seen similar threads before and have attempted their resolution (changing scan preferences, making sure the convert was off in scansnap home, etc, but no luck).

Is this really macOS 11.2.1 or a beta of 11.3? So far we have received such reports only related to the latest betas (and the display is broken in both Preview and DEVONthink).

It happened to me in current 11.2.1 scrapping from Safari. I retry and then the PDF is generated well.

Makes you wonder whether these public betatests are just outsourcing.

One of the buggest (biggest) iOS outsourced Apple beta testing is in Spain (I’m Spanish).

I suppose it gives them a warm, cuddly feeling. Kind of “hey, we’re one of the good guys now, too. Just like all these open source people out there.” Unfortunately, they still haven’t got the point about it: collecting bugs in secret does not help and is frustrating people in the long run.

macOS 11.2.1. Preview and ScanSnap Home render the document fine. DevonThink will too as long as I don’t convert to a searchable PDF. I am seeing an error about OCR popping up briefly but it closes before I can read what it’s complaining about.

If I take an existing document from my database and have it re-scanned as searchable, the same thing happens.

Even if that document is - say - a few years old?

I am seeing an error about OCR popping up briefly but it closes before I can read what it’s complaining about.

You might be able to catch it by recording a screen cast and then stopping playback when the popup appears.

That’s a good idea. I’ll give that a shot.

I have the same problem. I think it is caused by the second beta of 11.3. The documents show as black in all software that relies on Mac OS for displaying PDFs. They open correctly in Adobe Acrobat DC. It does not appear to be a Devonthink problem.

There definitely is an issue in the Big Sur beta.

So I have 11.3 Developer Beta 2 installed on a 2015 15" MBP. It renders PDFs fine in both the Finder, and in ScanSnap Home. I test scanned a document, and it previews in Finder fine, ScanSnap Home fine, even DT3 preview window shows fine, just main window shows black.Not disagreeing there are issues in 11.3 Beta. I’ve got a few items reported already related to login screen, screen artifacts, Mail, TimeMachine, Security Preference Pane just to start. 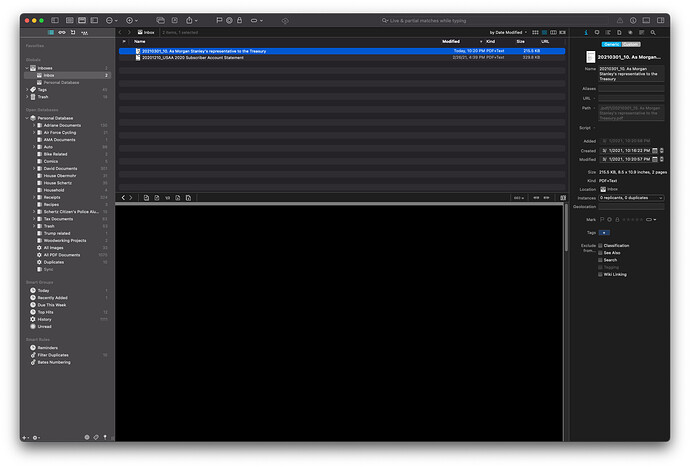 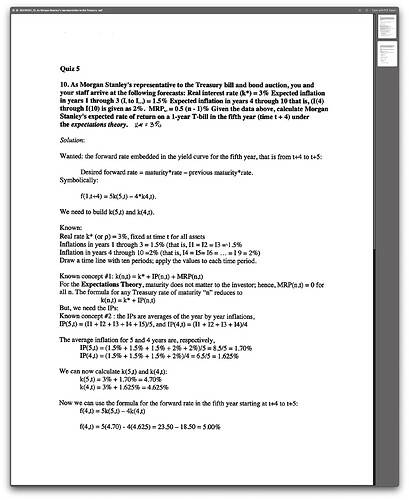 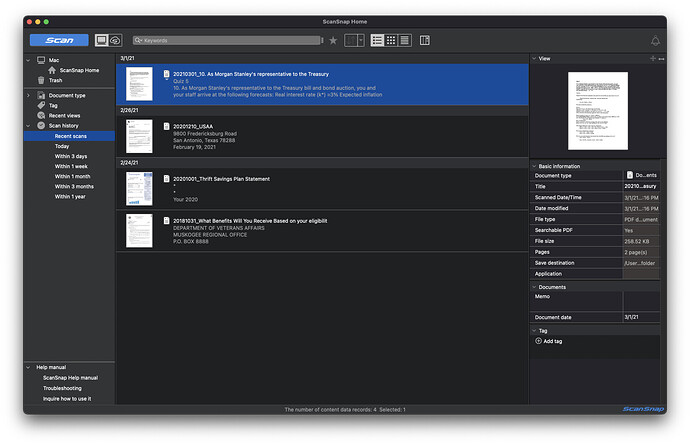 So to clarify, some of us have more than one Mac.
This issue seems to have been resolved on my 11.2.2 Mac since the .2 update
As well as on my 11.3 Deve machine with the 11.3 Beta 3 developer released today.

So to clarify, some of us have more than one Mac.

I only have five

It was just odd that I was having this problem on two MacBook Pros, one with macOS 11.2.1 and another, different one with macOS 11.3 Beta 2 and the only thing those two had in common was they had both updated the version of ScanSnap Home and ABBY FineReader.

I only have five

And still, somehow, you manage to get away from them.

Well, on the rare occasion I actually sleep a little.