A CSS to embellish *MultiMarkdown* rendering

Many people have read, studied and enjoyed Kourosh Dini’s Taking Smart Notes with DEVONthink. He mentioned and distributed a “pre-release” CSS (Cascading Style Sheet) that I was refining for my personal use. With Kourosh’s stimulation and the knowledge that it might be appreciated by some people, I went on with the development of this style sheet.

Please, do take into account that I’m not a graphic designer nor a programmer. I copied a Brett Terpstra stylesheet that he designed for his Marked software and modified it. In the process, I learnt just the minimum of CSS useful to achieve my goals. So, it may not be up to “professional standard”. But as any perfectionist should know : “Very often, functional is good enough.” So, it just works.

I wanted to achieve :

So, in the end, the main points of this CSS are :

The graphic elements (paper background + swirl ornament) are included in the CSS, no download nor installation necessary.

Finally, I made intensive use of variables that you can find grouped at the top of the file. Thus, it’s easier for you to tweak settings to your taste ! (Edit with any “pure text” editor. The one you’re using for Markdown will be just fine.)

Attached is a Zip file with the package :

This stylesheet is not meant only for DEVONthink, it’s also very pleasant as a Marked alternative style.

Post Scriptum : if a talented graphic designer or a programmer feels like perfecting this modest attempt of mine into a more “professional” piece of work — maybe whith hints for different media — he/she is most welcome !

Maybe I should have included some screen captures. Here they are. 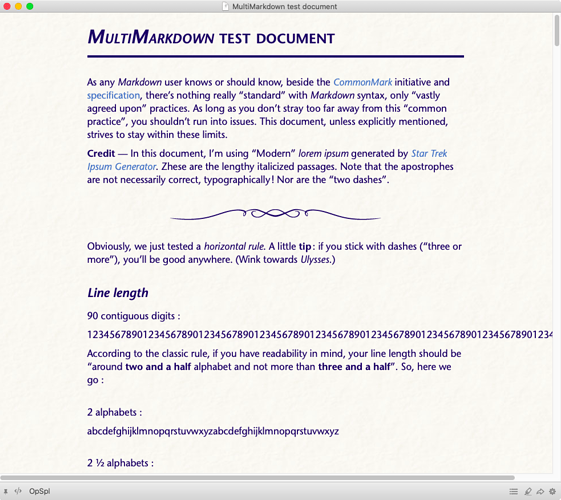 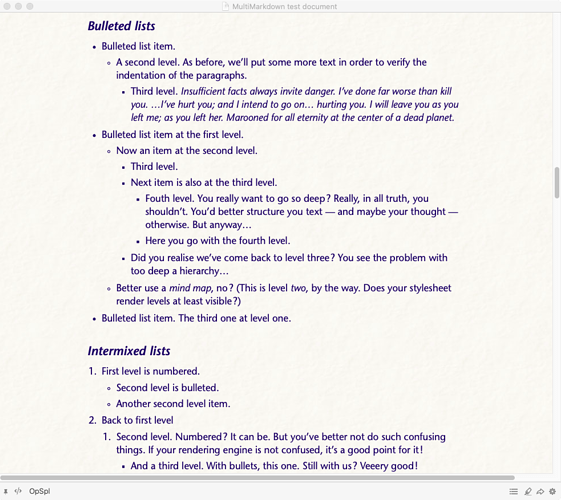 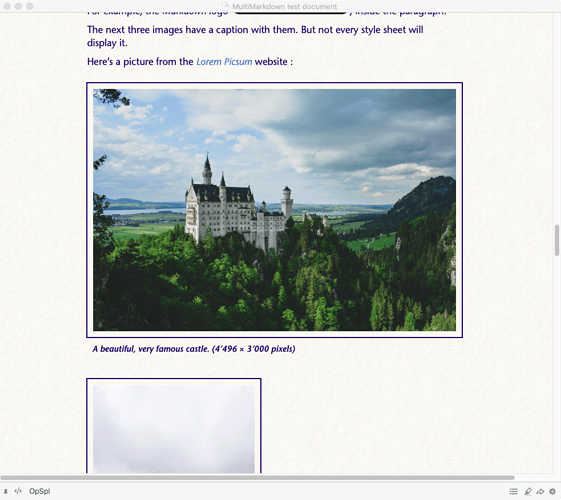 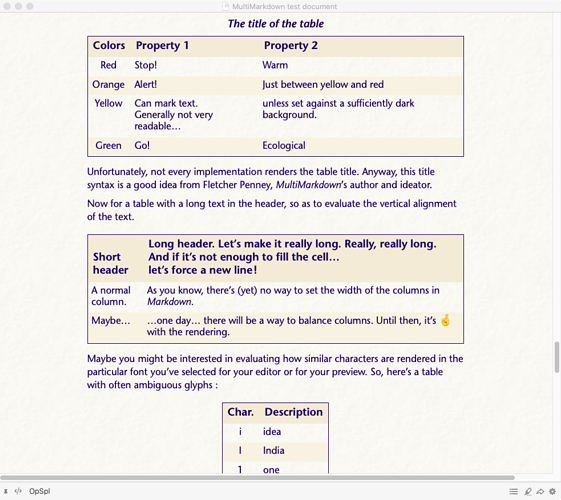 Post Scriptum : if a talented graphic designer or a programmer feels like perfecting this modest attempt of mine into a more “professional” piece of work — maybe whith hints for different media — he/she is most welcome !

Aesthetics are largely a matter of personal taste. If you appreciate it, then it requires no outside modifications.

This is really helpful — thank you!

Very nice. Thank you from Ukraine!

This is a darn nice stylesheet. I am using it now. Thank you very much!

Wow! Thank you very much! This looks great and the introductions are really helpful for a “Newbie”