Is there any way to have the DEVONThink Safari plugin send a web page to DT in the background without switching the user to DT? Currently, the user has to approve the switch, then be switched to DT, which is very disruptive to one’s workflow if one wanted to save a web page and continue working.

I realize that DT can’t send a web page to a server somewhere as Evernote does, but it would be helpful if the user weren’t switched out of the current app.

It looks like Bill DeVille responded to a post about this in 2011 (DevonThink Activated When using Safari Clipper), but his solution isn’t that much better since it involves manually selecting text to be captured as rich text (and wouldn’t work for really long web articles that are divided into separate pages).

If you just want to send a link/bookmark to DT without leaving Safari, I think the best way is to make a short Apple Script and/or Keyboard Maestro macro.

Like you press some key command and the current Safari window’s URL is sent to the DEVONthink inbox without disrupting you.

That shouldn’t be too hard to pull off.

Thanks, but I don’t just want to send a link/bookmark to DT. I need to capture entire pages.

I looked up the Apple Script dictionary for DT3:

In fact you can use Apple Script to tell DT3 to capture a URL as PDF, Markdown or web document. Even readability mode is available.

create web document from text : The URL to download.

[in record] : The destination group for the new record. Uses incoming group or group selector if not specified.

[name text] : The name for the new record.

In fact you can use Apple Script to tell DT3 to capture a URL as PDF, Markdown or web document. Even readability mode is available.

Maybe it could but wouldn’t fix similar issues of Chrome/Firefox extensions.

This would be helpful to me as well.

I understand DT needs focus, but is it possible for the DT Clipper Chrome extension to at least bypass the prompt asking how to import? I’d like to clip a web page using my previous settings, particularly, the Group and .webarchive format.

I think is a related issue:

Hello all, Not sure if I am missing something - or if this would be useful for others? I occasionally download/clip a series of newspaper/website articles from a particular website/on a particular topic in Safari. If its not something being managed through DevonAgent, given the ad hoc nature of it, I simply use the little DTPO clipper toolbar icon. This calls up the interface, asking where I want to place the clipped file, and provides the standard option to rename it, add notes, and tag it. …

Is there a setting in DT I might’ve missed?

Regardless of what I clip, it never switches to DT3. However, I have DT3 running on a different desktop space (the Mission Control Spaces thing).

Following up - I solved the issue by using the DT bookmarklets for Chrome, instead of the clipper extension. There’s one that prompts with the popup (where to save, tags etc), and one that bypasses it, silently saving.

The app comes into focus for the latter, but at least it’s doesn’t require action.

PS. I did notice that some websites dont save well… I dont mean one’s that are single page applications with heavy JS, like say Gmail… but content sites.

This link for example : https://www.zooniverse.org/projects/nora-dot-eisner/planet-hunters-tess 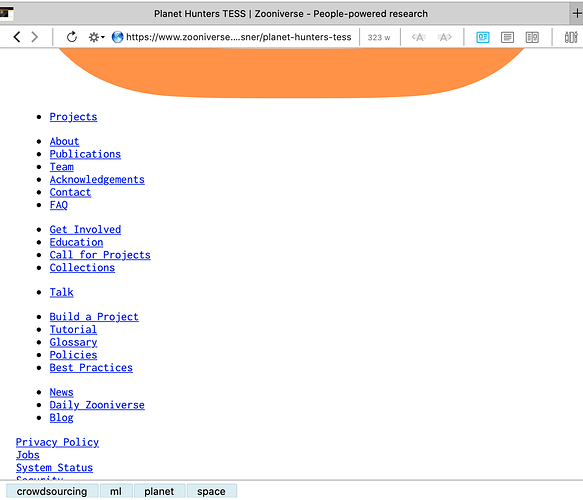 Whether I try to save it as a .webarchive or a .html